MONROE, Mich. (FOX 2) - Two Monroe police officers were hurt in a shootout with a suspect Tuesday morning. They're expected to be okay.

Monroe police chief Charles McCormick said the officers responded to an apartment complex at 725 Washington Street for a disturbance complaint between a maintenance man and a tenant.

Two police officers in Monroe were injured in a shootout with a suspect on Tuesday morning. Both are expected to be okay.

McCormick said a struggle ensued between them but Michigan State Police, who has taken over the investigation, said the tenant retreated to his apartment. But at some point, both authorities say the suspect fired at the officers first, striking two officers each in the leg.

All three were rushed to the hospital. One officer has already been released and the other is expected to be released soon.

McCormick said the suspect was taken to a hospital in Toledo but couldn't say how seriously the man was injured. All McCormick knew was that the suspect had been shot "more than once."

McCormick wasn't releasing names yet but said one officer was a supervisor and has been with the force for 17 years, and the other 3-4 years.

A nearby school was briefly placed on lockdown but the scene has since been secured. 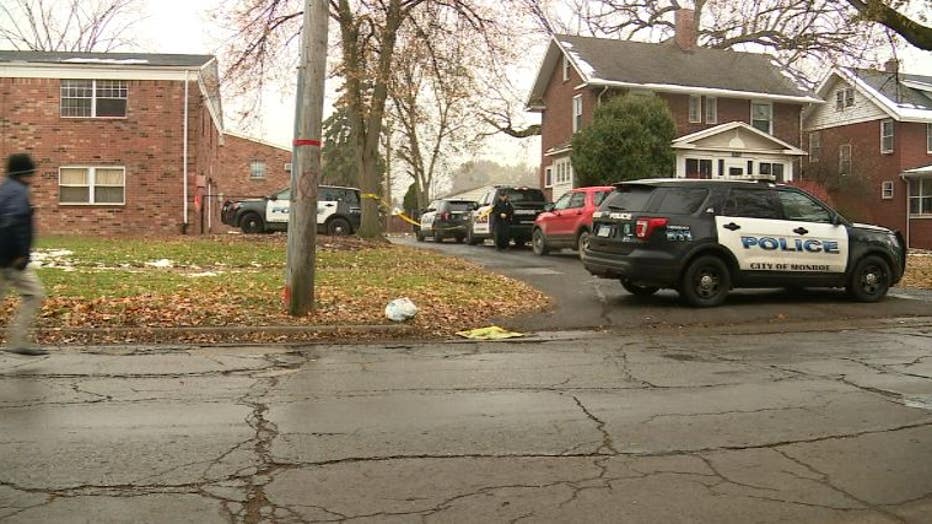