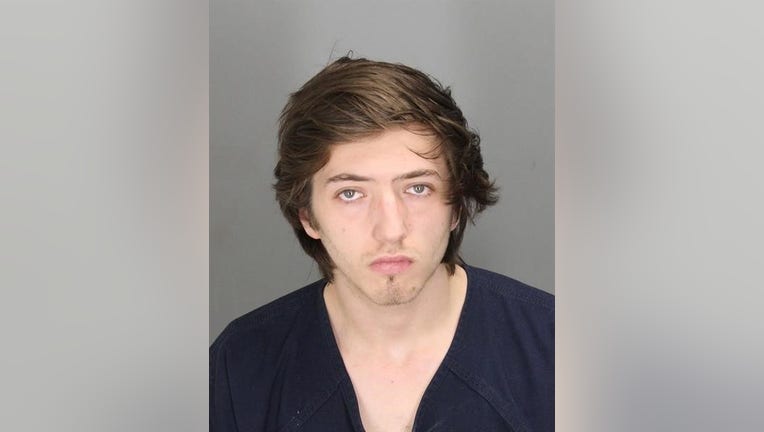 INDEPENDENCE TOWNSHIP, Mich. (FOX 2) - A 21-year-old man has been arrested and charged after an armed robbery at a Rite Aid in Independence Township over the weekend. Police made the arrest not even 24 hours later.

The robbery happened at the Rite Aid on Clarkston Road about 6:30 p.m. Sunday, Feb. 16. The suspect was arrested the next morning after police say they got a tip.

The suspect had made a purchase and then demanded all the cash from the cashier when she went to give him change. He also lifted up his coat to indicate he was armed.

The sheriff's office says the man said, "I'll take the money," and then stated, "It's only money." The clerk gave the money in the register and he took off - but not without apologizing first.

Police say as he left the store he said, "I am sorry I have to do this."

The Oakland County Sheriff's Office shared this video of an armed robbery in Independence Township in hopes that someone will recognize the suspect.

When the suspect was arrested, police say they found the item he purchased, an air soft pistol, the clothes worn during the robbery and $433 of the $500 that was stolen.

Police say the suspect, whom they've identified as Matthew Brusen of Independence Township, had shaved off his facial hair.

Brusen has been booked at the Oakland County Jail and is facing an armed robbery charge. He's due in court again Feb. 28.

Brusen has a criminal history which includes multiple drug misdemeanors, retail fraud and breaking and entering.