DETROIT (FOX 2) - Detroit police say they have identified the driver suspected of doing donuts on I-94 over the weekend, shutting down traffic.

Detroit police chief James Craig says they're looking for 22-year-old Devin Cronk of Allen Park, and ask that he turn himself in. His vehicle has also been identified and is on the wanted list right now - a 2010 orange Chevy Camaro with tinted windows and after-market rims. It has the license plate EBZ 5973.

Detroit police is hoping a 22-year-old suspect from Allen Park turns himself in after police say he took a joyride on I-94, backing up traffic.

The joyride happened around 8:10 p.m. Sunday, Dec. 22. A Camaro was doing donuts in the middle of I-94 in Detroit with other vehicles blocking traffic, causing it to back up. Police said the incident lasted between 10 to 15 minutes.

Someone recorded video and it's surfaced online, getting thousands of views.

"When you decide to take over a freeway anywhere, you pose significant danger to our community," Craig said. "These are high horse-powered cars and many of these people doing these stunts cannot drive. That is a fact."

Cronk allegedly associates with a group known for these stunts. During the joyride, Cronk had a vulgar message for DPD on a piece of paper covering his license plate - **** DPD #TSNLS. That hashtag stands for turnt [expletive] no lame [expletive].

"If we permanently keep his vehicle, we're going to turn it into a police car and we're going to use it as an example for others to see," Craig said. 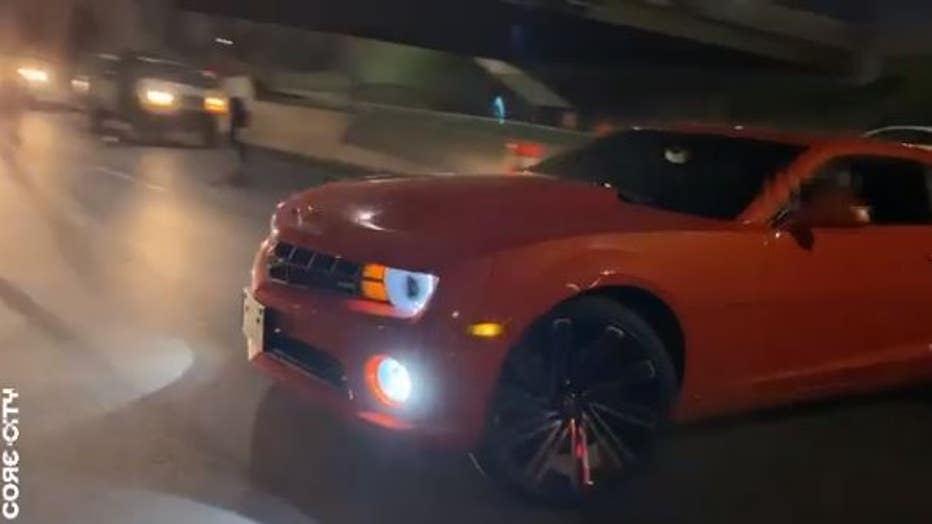 Drivers do donuts on I-94 in Detroit. Image: Instagram/Corecity

He says the car may have been stripped since last weekend but they are still keeping a lookout.

Craig is hoping Cronk will turn himself in, but says police will no doubt find him soon enough if not. He says they've already spoken with his mother and that she is "very upset with his actions."

MORE COVERAGE:
Drivers turn donuts on I-94 in repeat of 'On the lodge with it'

Detroit police arrest one in connection to traffic incident on I-94, suspect still wanted

"We on the Lodge with it": Cars doing doughnuts on major freeway has attention of Detroit police

Craig added that these stunt shows, so-to-speak, are not unique to Detroit and are happening in other cities across the country.

"What would you think if your loved one was a spectator at one of these events? And loses their life? You would want us to vigorously fight this, so this is not something we shouldn't be focused on. This is something we have to address."

One other person has been arrested in connection with the reckless driving on I-94. Police say that suspect was in one of the vehicles helping block traffic.