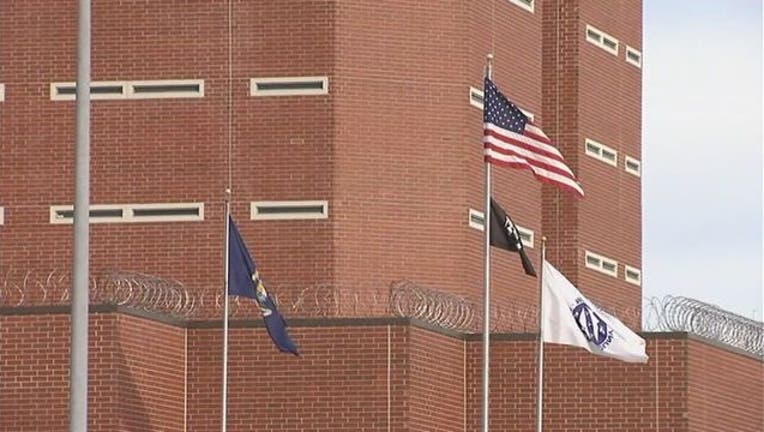 MOUNT CLEMENS, Mich. (FOX 2) - Authorities are investigating after a Macomb County Jail inmate died of what's believed to be an overdose. A second inmate is also still receiving treatment at the hospital.

Macomb County Sheriff Anthony Wickersham says they learned of the medical emergency around 5 p.m. on Dec. 19, 2018. Deputies rushed to the cell and began rendering aid to Nicholas DiFranco. Deputies quickly learned that DiFranco and the other inmate had ingested a substance.

Deputies gave two doses of Narcan to DiFranco and rushed both inmates to the hospital. DiFranco died at the hospital and the second inmate continues to be treated.

Wickersham says at this time it appears both inmates got medication improperly from another inmate, crushed it up and snorted it. Both inmates went to sleep and when the second inmate woke up he heard DiFranco having some type of medical issue and alerted deputies.

Authorities are working to learn what the substance was and how they got it.

"The drug epidemic in Macomb County continues to be on the rise. Unfortunately, this epidemic does not cease at the walls of the Macomb County Jail," Wickersham said in a press release. "On a daily basis, 60-65% of our inmate population receives some type of medication, 30-60 inmates are on a detoxification protocol, and 35-50% of our inmate population have a history of drug use. A large percentage of the inmates continue to seek out narcotics under any means necessary while incarcerated. My staff and I are constantly reviewing and updating policies and increasing technology in the fight to eliminate contraband entering into our facility."