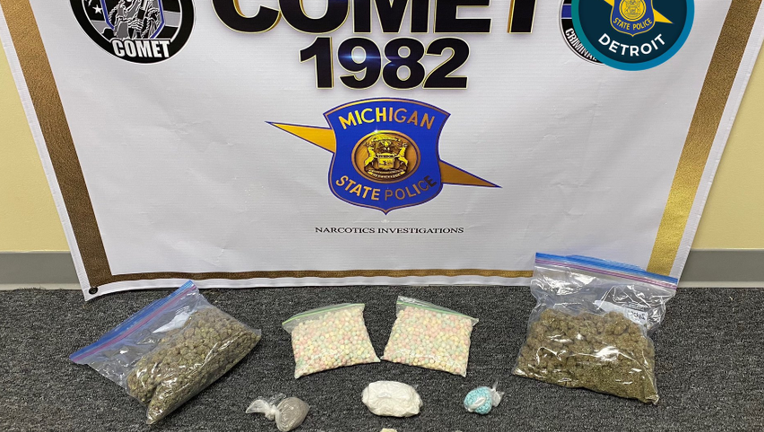 DETROIT (FOX 2) - Law enforcement busted multiple suspects and confiscated more than a hundred thousand dollars worth of drugs in a raid recently.

Police uncovered evidence that included MDMA, cocaine, fentanyl, and other illicit substances in the home.

The total street price of the items that were confiscated is $108,050. The seized items included: