FRASER, Mich. (FOX 2) - A trailer packed with three generations of iceboats was stolen from a locked storage facility in Fraser. The owner is pleading for help to find the stolen boats, as one of them belonged to his father who has passed away.

"It was just my favorite time with my dad was going to these iceboat racing events," said Ron Sherry.

A man is pleading for tips after a trailer packed with three generations of iceboats was stolen from a locked storage facility in Fraser.

It's how father and son bonded together - and won together.

"My dad has his Renegade iceboat engraved on his tombstone with the three years that he won the world championships."

Ron built a 27-foot trailer to haul the irreplaceable boats and pass the tradition down to his son. But now the trailer - and the custom-built boats - are gone after they were stolen from a fenced, locked lot near 14 Mile and Utica roads. 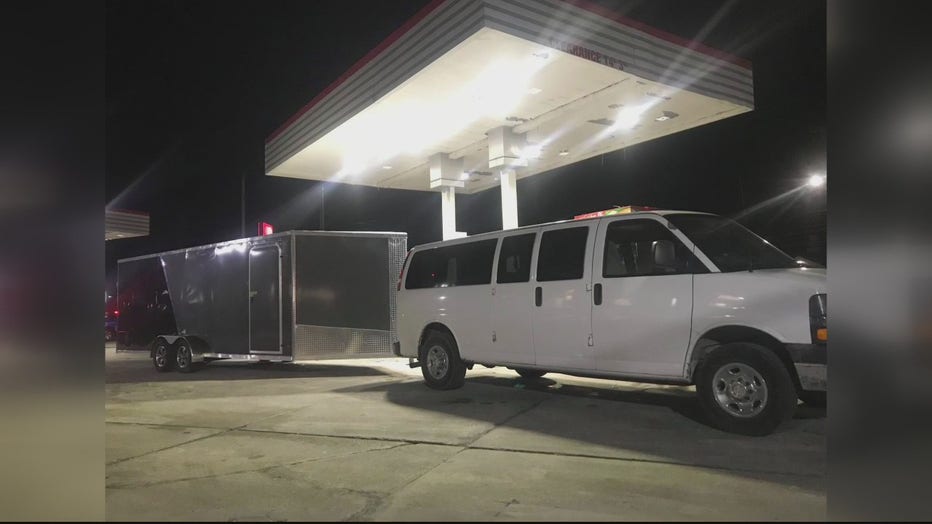 "I really don’t care who stole the boats. It's desperate times for a lot of people," Sherry said.

He posted a plea on Facebook, hoping someone saw something. "It’s been shared all over the place because people know how much these boats mean to me."

There is no surveillance video of the getaway car so the public is his best chance for clues.

"If anybody has any Santa in them and can try to get me my boast back, I would really love that."

If you’ve seen the trailer around, call the Fraser police department.