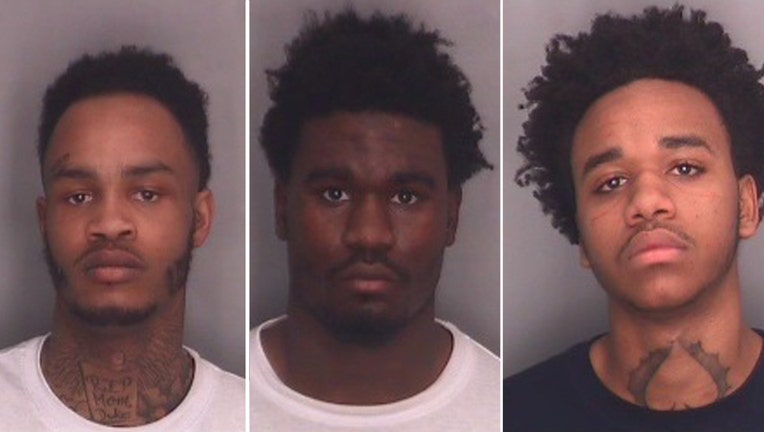 From L to R: Suspects Fairley, Harris and Pickett

REDFORD TOWNSHIP, Mich. (FOX 2) - Three men who were arrested after a string of house break-ins in Redford Township are now facing charges.

Police are still looking for a fourth suspect.

The suspects are serial burglars wanted for breaking into homes the last few weeks, stealing electronics and anything they can get their hands on. They rode around in their Dodge van waiting for people to go to work - or even brazenly pulling into their driveways - and knocking to see if they are home first.

The three were arrested last week after a crash at Evergreen and Outer Drive on Detroit's west side on Wednesday. They drove off after allegedly breaking into a home they thought was unoccupied, but the owner had been in the shower.

Police had their photos and a photo of their van from a previous home invasion that was captured on a neighbor's Ring doorbell cam. They were able to find the van, which had a Florida license plate.

Police tried to stop the one driving but the van sped off before it eventually crashed into two other cars.

Redford Township police believe they may be responsible for four to seven home invasions.

Police haven't given information about the fourth person they're still looking for.