The event - which drew about 300 people - began with an apology - and a vow for change.

The idea was to allow parents and students to share ideas in a safe space Tuesday night. The event - which drew about 300 people - began with an apology - and a vow for change, first by Superintendent Pat Watson.

"It’s unacceptable. it will not be tolerated," Watson said.

That sentiment was echoed by Principal Charlie Hollerith.

"Students were harmed under my watch," he said. "For that I am sorry."

Then the meeting was handed over to diversity consultants, to brainstorm ideas about how to enact racial healing in the community.

The media was told not to record that portion of the program in the name of creating a safe and inclusive space. But FOX 2 was there last Friday when hundreds of students walked out of class at 1:30 in the afternoon.

That was the first time that Trek Carethers, a parent of a 10th grader, heard of the racially charged threat found inside the school.

"I’m going to quote, some instances were like 'Kill all the n****s. That’s not just a racial incident," he said.

"Give the parents enough information so they can make a reasonable determination of what threat level is presented to their children," he said.

Before this event on Tuesday, Carethers met with other parents in the district - and then met with school officials. 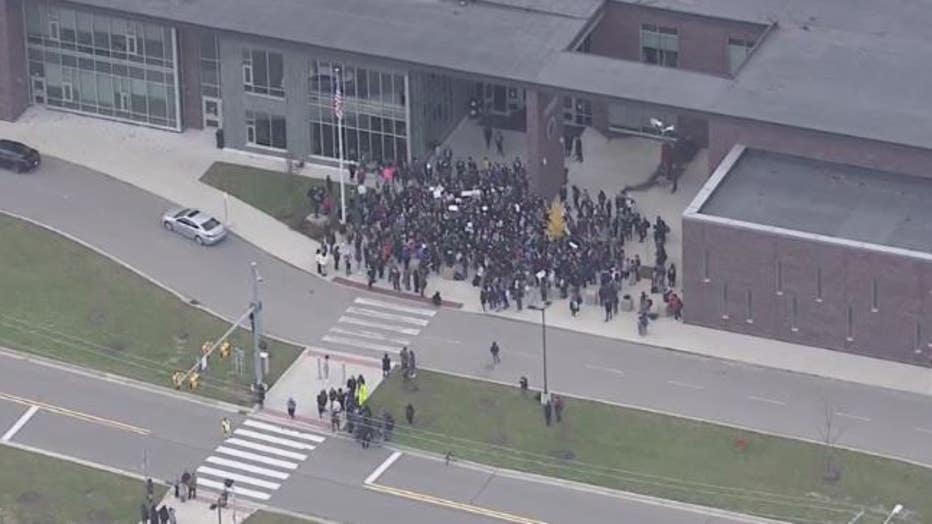 "We want change,  we want effective change," he said."We’ve been given assurances by the superintendent and the principal that changes will occur."

Other students who attended the meeting are hopeful this will begin to open a few minds and eyes in the district.

"Hopefully this meeting will help students realize how bad it is, and saying stuff like that isn’t normal," said Lori, a student.

"I just really hope this event really raises more awareness because I'm so sick of it," said Niko, a student. "I just wish we could live in a world where everyone was equal."

The same number 300 - that attended tonight's meeting is about the same number as the students who walked out of class in protest Friday. 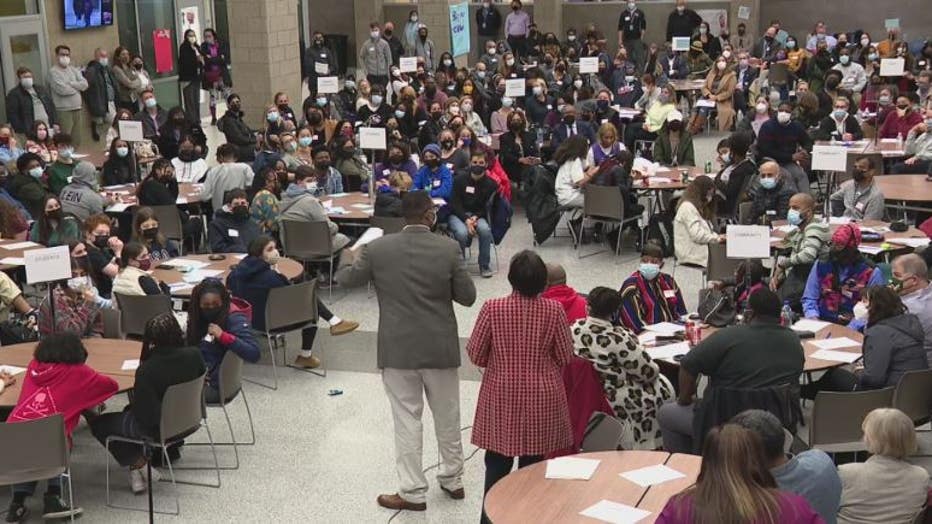