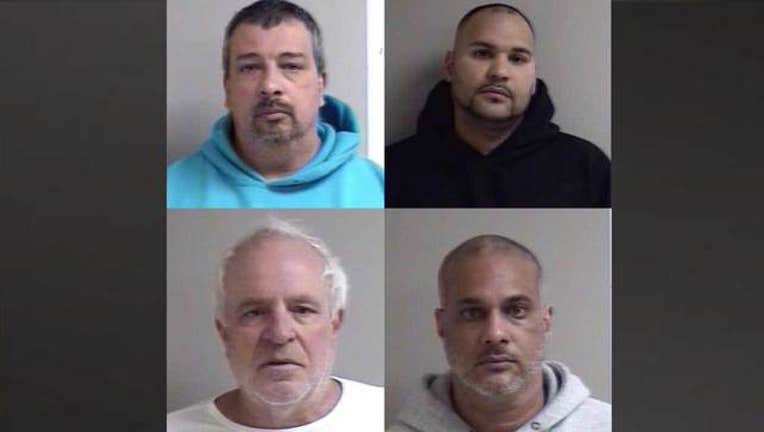 (FOX 2) - Four men were arrested at a Canton gas station last week after authorities say they bought $300,000 worth of fake cocaine from an undercover agent.

David Miranda, Jose Caraballo-Troche, John Sciarrotta and Christopher Tallarico were arrested for conspiracy and attempt to possess with the intent to distribute and distribution of 5 kilograms or more of cocaine.

A criminal complaint alleges Miranda and his associates were selling a large quantities of cocaine in the Detroit metro area. Authorities began watching them on March 7 at a house on South York Street in Dearborn, which they say belonged to Sciarrotta. It's there that authorities say they saw three of the men meet in the garage and put a blue duffel bag into the back of an Escalade.

All four men showed up at the hotel with the money and exchanged it for three bags of approximatly 30kg of fake cocaine. They put the drugs in the back of the Escalade and all took off in separate cars, and met back together at a nearby gas station.

That's where authorities approached them and took them all into custody.

The next day, March 8, authorities executed a search warrant at Sciarrotta's home in Dearbon and found $13,000, cocaine and guns. Sciarrotta is a convicted felon.

Other guns were also found at Caraballo-Troche's home in Detroit, along with more than $20,000.