DETROIT (FOX 2) - The petitions are in and four of the nine members of Detroit's City Council are not running for reelection.

Four seats on the Detroit City Council are up for grabs

Political analyst Adolph Mongo helps us break down the surprise decisions, at least with three of the seats, and the rationale behind it.

Mongo, a veteran political analyst in Detroit and the metro area, was surprised that council President Brenda Jones, Andre Spivy, Raquel Castaneda Lopez, and Gabe Leyland are not running.

"I'm surprised that she just didn't run again, she should've been a shoe-in," he said. "Obviously she's ready to move on."

In a statement by the council president, she reflected on her 16 years on the council, including talking about a nearly $1.5 million job training program, a community outreach ordinance, scholarships, and developing a dangerous animal ordinance.

"That's the biggest surprise," Mongo said. "She wants to be a community organizer? What better way to have a forum, is to be on the City Council?"

Lopez spent only eight years on the council and she spoke about community benefits and equitable development, an immigration task force, creating a public health fund, and working on a Detroit River protection ordinance. 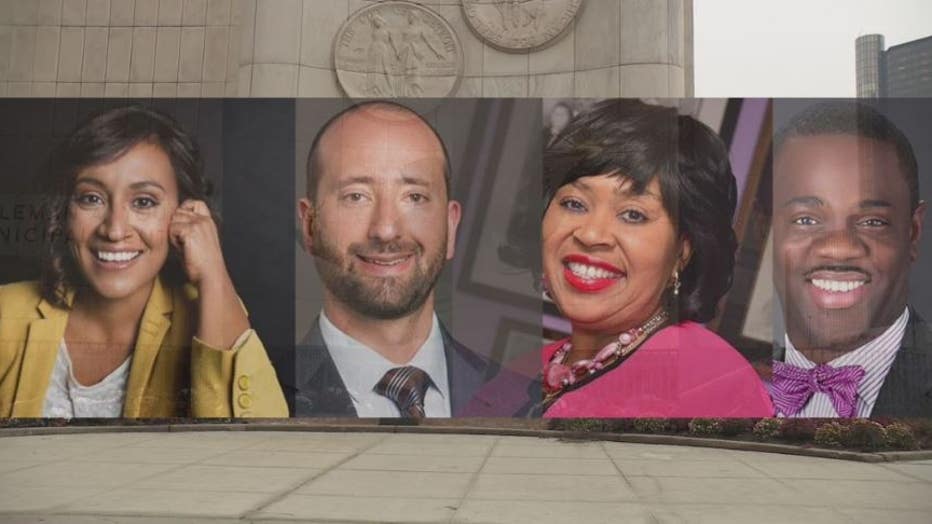 "Spivy, I'm surprised," Mongo said. "He wanted to run at large and then he changed his mind."

Spivy's been on Council since November 2009 and said that he plans on completing his law degree.

So that leaves Gabe Leland.

Leland said in the past that he would not seek a third term. He's accused in both state and federal courts of excepting $7,500 in bribes.

FOX 2: "What does this say about a new counsel?"

The fun meaning the primary takes place in August.