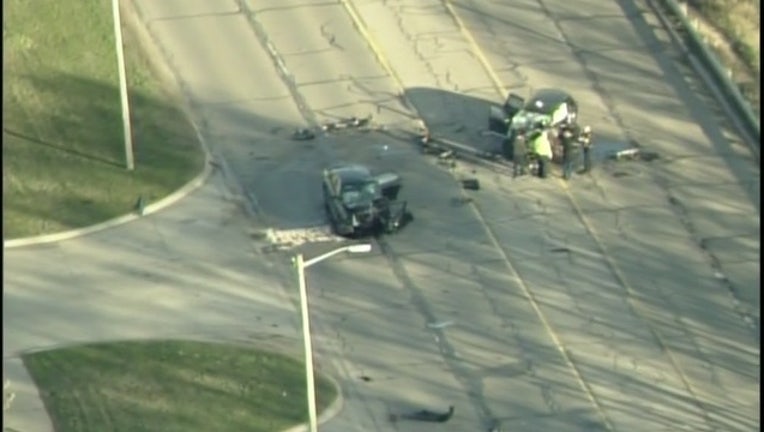 Waterford Police say three people were rushed to the hospital in critical condition, and a fourth person is in serious condition. The crash involved four different vehicles.

A witness called 911 after the accident happened just before 6 a.m. near Pontiac Lake Road.

Police say the driver of a 2007 Jeep Compass crossed over into oncoming traffic on Highland Road, and sideswiped a 2009 Ford pickup before hitting a 2017 Chrysler 300 head-on. The Chrysler 300 then hit a 2011 Ford Flex.

The driver of the Compass, a 28-year-old Pontiac man, and his 32-year-old passenger, also from Pontiac, along with the driver of the Chrysler 300, a 62-year-old White Lake man, all had to be extricated by emergency personnel using multiple Jaws of Life tools, police say. All three were taken to the hospital in critical condition.

Police haven't said yet what caused the crash. It's also not known yet if drugs or alcohol were a factor, or if seatbelts were worn.

If you have any information about the accident you're asked to call Waterford Police.