Of that money, $600 billion would go to infrastructure in the U.S., while the rest would go to other areas in need of funding.

According to Gov. Gretchen Whitmer's office, the money Michigan would receive would go to roads and bridges, clean water, the replacement of all lead pipes in the state, and mobility.

The need for new pipes comes after the Flint Water Crisis.

"We should be drinking clean water out of clean pipes and not have to worry about things," said U.S. Labor Secretary Marty Walsh

The funds would also help areas that are struggling, such as Oakland County. Craig Bryson, with the county road commission, said that with the current rate of funding, only half of the roads that need to be fixed can be repaired by 2025. Additionally, those fixes would be temporary.

Oakland County needs an additional $2 billion over the next 10 years to properly fix its roads, officials said. 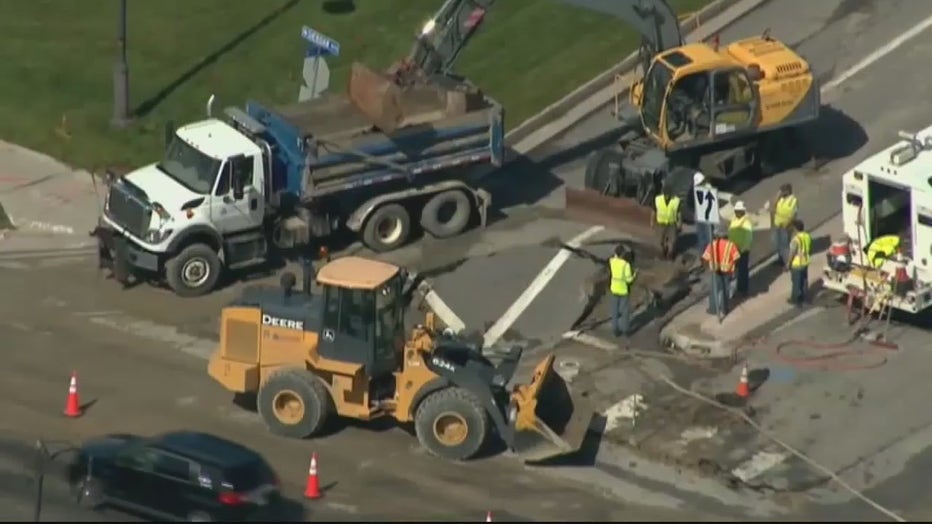 The bill would also allocate funds to improve two million homes in the U.S.

"There's a lot of good things, a lot of good components to this American jobs plan," he said. "This bill is so much more than a COVID relief bill or an infrastructure bill."

Walsh added that the bill is about creating opportunities to help Americans get jobs.

"The average American would not get a tax increase," Walsh said.