WINDSOR, ONT. - About 21 kilos - or 46 pounds of suspected methamphetamine was seized by Canadian law enforcement at the Ambassador Bridge port of entry in Windsor on Sept. 22.

The Canada Border Services Agency estimates the value of the suspected methamphetamine at approximately $2.7 million. 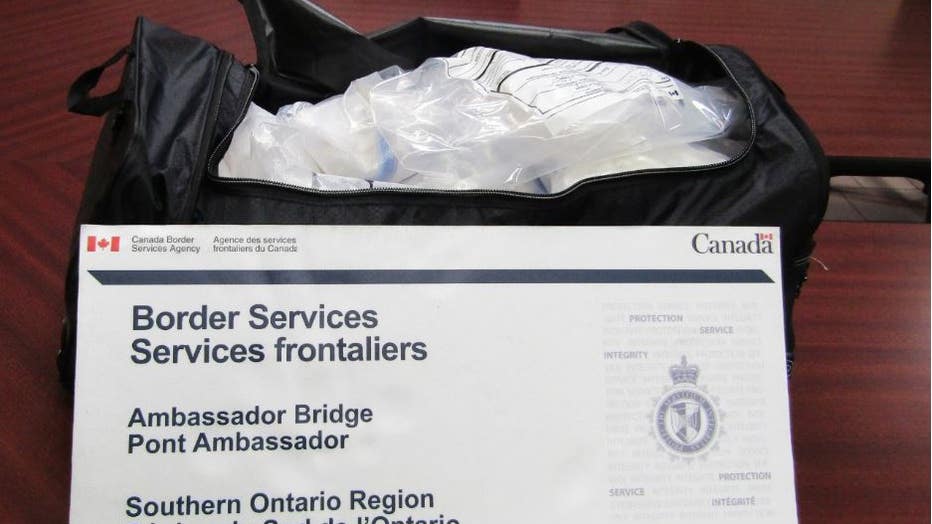 The CBSA and Royal Canadian Mounted Police announced the seizure Tuesday and arrest of a 29-year-old Brampton, Ontario man.

On Sept. 22, a commercial truck entered Canada through the Ambassador Bridge in Windsor, Ontario, and was referred for a secondary examination.  During the examination, border services officers discovered a duffel bag filled with packages of suspected methamphetamine.

The CBSA arrested the driver and seized the suspected narcotics. The RCMP attended and arrested suspect Jaspreet Singh while confiscating the evidence.

“Our border services officers in Southern Ontario continue to protect Canadians and ensure that we keep narcotics out of our communities. We work in partnership with the RCMP to stop the importation of illicit drugs at our borders," said Christine Durocher, Regional Director General, Southern Ontario Region, Canada Border Services Agency.