DEARBORN HEIGHTS, Mich. (FOX 2) - At least five families in Dearborn Heights are watching their mailboxes closely hoping the city will help pay after their basements were flooded with raw sewage early Saturday morning.

"We wake up and all of our belongings were floating," said Maurice Edwards. "The water made the toilet lift up."

At least five families in Dearborn Heights are watching their mailboxes closely hoping the city will help pay after their basements were flooded with raw sewage early Saturday morning.

Edwards heard the rushing water around 4 a.m. Saturday - and his basement was filling up fast.

"My entire life was down here, I lost everything down here," he said.

Then something else hit him. The smell of raw sewage.

"The smell is unbearable," he said. "It was the city's sewage in my basement."

A call to a plumber led to a call to Dearborn Heights City Hall. an official came out that morning.

He's not alone. Five other families according to the city are in the same spot. He was told a broken main across the street is to blame for all the damage.

Three dumpsters of his belongings, furniture, appliances and priceless memories hauled away.

"The weather was getting cold and we don't have a furnace," he said. "The furnace was damaged due to the water. hot water tank damaged as well."

And the bills are starting to rise just as fast as the water once did.

FOX 2 spoke with the city's emergency manager who says they are instructing families like Maurice to pay now for the repairs and fill out a flood form that will arrive by mail to get their money back. But Maurice says he can’t afford to fix what isn't his fault alone. 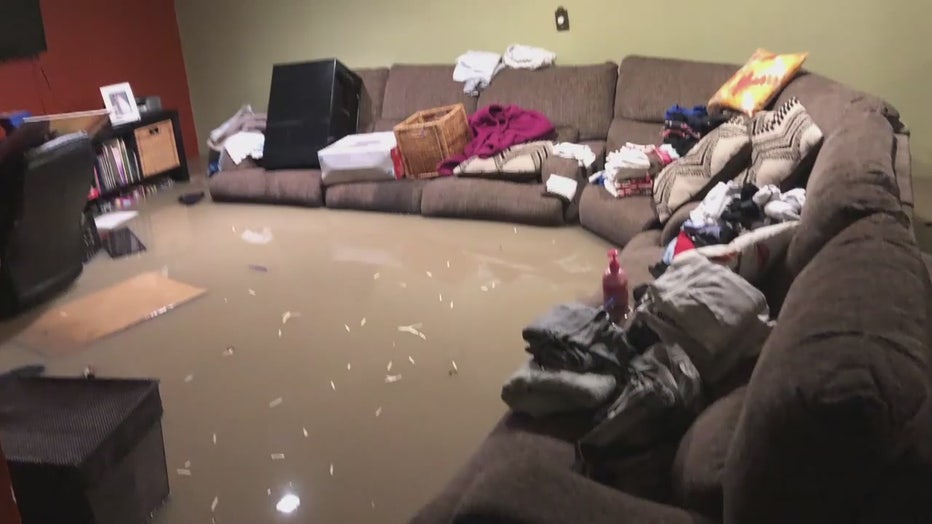