(FOX 2) - A Canadian man was arrested after authorities found 50 bricks of suspected cocaine at the Blue Water Bridge.

On December 2, 2019, the man was driving a tractor trailer at the Blue Water Bridge Commercial Operations in Point Edward, Ontario and was prompted for a secondary inspection. 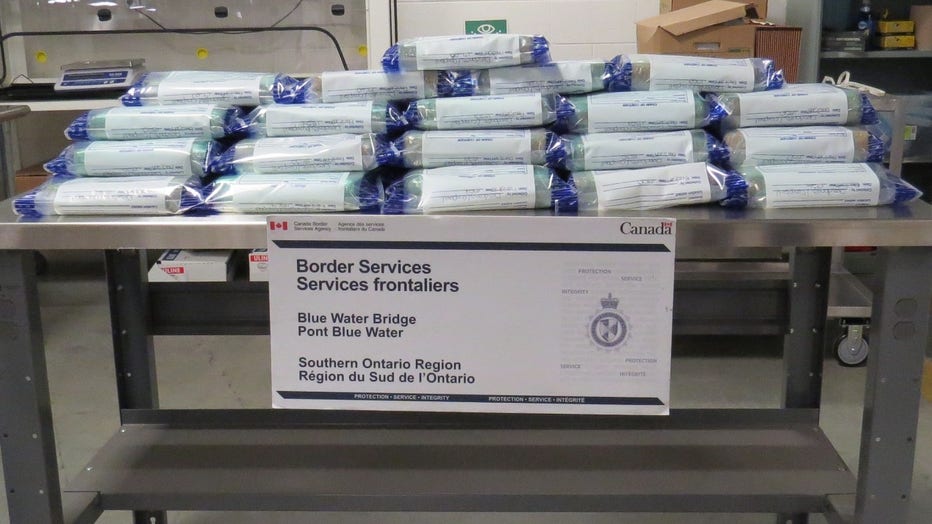 Officers searched the vehicle and found 50 bricks of suspected cocaine in the cab of the semi-truck, weighing approximately 50 kilograms.

Daniel Leduc, 55, of St-Jean-Sur-Richelieu, Quebec was arrested and has been charged with importation of a controlled substance, and possession for the purpose of trafficking.