MADISON HEIGHTS, Mich. (FOX 2) - Officials have closed indefinitely a part of I-696 due to the ongoing investigation of the toxic chemical leak.

The eastbound I-696 exit to Couzens Avenue will remain closed indefinitely, as well as the far right lane of the northbound I-75 ramp to eastbound I-696 after cancer-causing chemicals made their way into a drain and onto the freeway.

An official with the EPA testified Monday at a trial, describing what he had seen at a contaminated site in Madison Heights. It's the same site where a hazardous green ooze was spotted seeping out onto Interstate 696 in December.

Meanwhile, a trial has begun to determine if the building that birthed the chemical leak will be torn down. It's also being determined who will be financially responsible for the demolition.

The trial began Monday in sixth circuit court in Pontiac. It's expected to last about three days.

In court, the City of Madison Heights gave a timeline of violations dating back to the early 2000s and showed a number of pictures from inside Electro-Plating Services on 10 Mile to show how dilapidated it was. The owner Gary Sayers is currently serving a one-year federal prison sentence for failing to properly store hazardous chemicals in 2017.

The reason the trial is happening now is the same cancer-causing chemicals were found seeping onto I-696 in December. 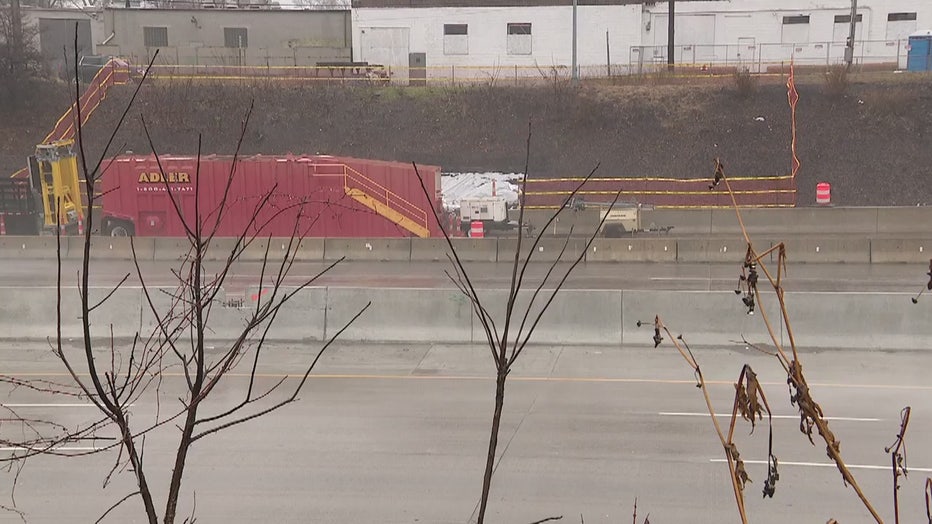 The first witness to take the stand Monday was an environmental scientist who oversaw the massive $1.5 million cleanup.

"There were stored very haphazardously. There were plating vats that were loosely arranged in like, plating lines but even that, there were incompatible materials stored next to each other and there were containers sort of everywhere," he testified.

He added some of the containers were unlabeled, opened or not properly sealed, and some were rusted or corroded.

Ten or 11 witnesses are expected to be called, and Sayers' attorney said he may call 1-3. The attorney has also said he would like to try and call Sayers to testify, though of course, it'd have to be through video.

Meanwhile, samples are also being taken with results pending from other properties owned by Sayers, including one in Detroit's New Center Area.

State officials have said the site posed no risk to drinking water and there was a low risk for the migration of contaminants off-site. Officials say these latest test results will evaluate the contamination.

The EPA will continue to post updates on the cleanup site here: Electro-Plating Services - I696 Release Site