DETROIT (FOX 2) - A woman was ejected after being involved in a seven-car crash at Saint Martins and Lindsay in Detroit Tuesday afternoon.

The 20-year-old victim is hospitalized in serious condition but is expected to recover and was the only person injured.

Only one person was injured after a large crash Tuesday afternoon in Detroit.

Witnesses told FOX 2 that drivers inside a Challenger and Honda had been street racing when the crash happened, involving two parked vehicles, two vans and one flipped vehicle.

Stay with FOX 2 for updates as more information becomes available. 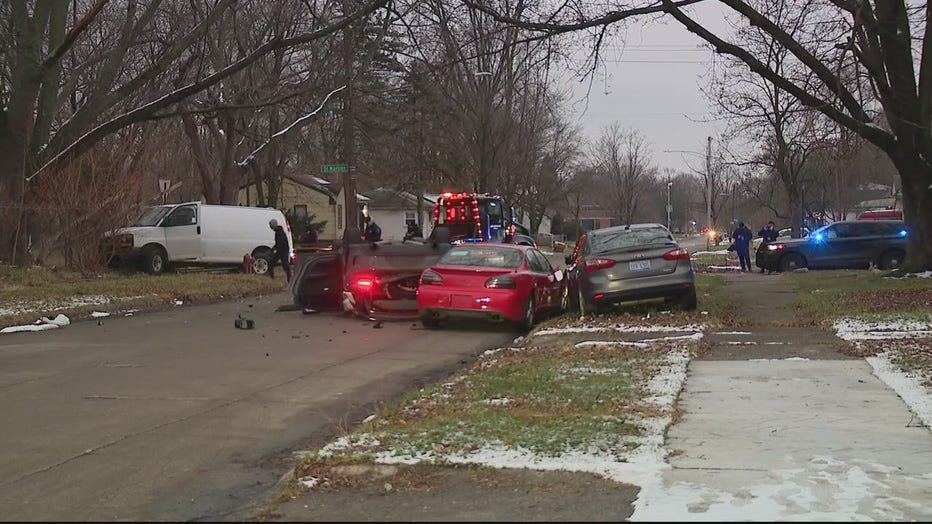