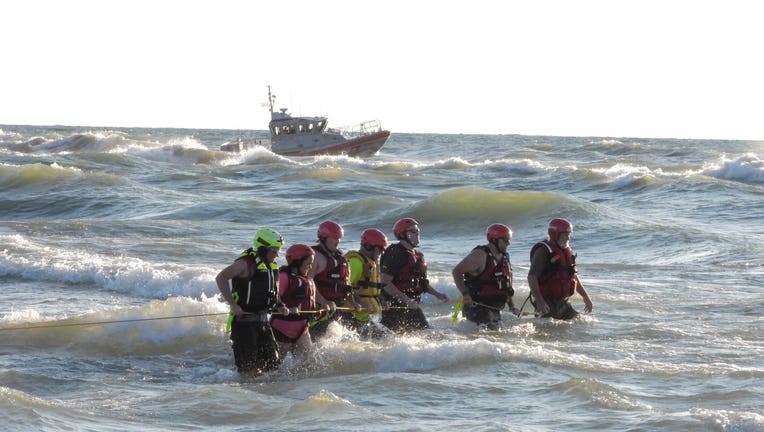 SOUTH HAVEN, Mich. (FOX 2) - A 7-year-old boy from Texas has died after he drowned in Lake Michigan near South Haven as authorities continue to search for a 33-year-old man who was also missing in the same area.

South Haven Area Emergency Services (SHAES) said it responded to a report of people in distress in the water at North Beach around 7:30 p.m. on Wednesday. The callers said several people were struggling in the lake and two people were unaccounted for - a 7-year-old boy from Texas and a 33-year-old man from Ohio.

When authorities arrived, several young girls were pulled from the water but the other two were still missing.

RELATED: Half of all 2022 Great Lakes drownings have been in Lake Michigan

As SHAES responders were there, the body of the young boy washed ashore. Efforts to revive the boy immediately started and he was taken to a hospital in South Haven where he later was pronounced dead.

The 33-year-old man is still missing and is presumed to have drowned.

At the team of the drowning, North Beach had a red flag by the North Pier, which was closed, and yellow flags to the north of the pier.

Authorities said conditions are still not allowing them to search the lake, as of Thursday morning but the search will continue when conditions improve.

Around 10:30 a.m on Thursday., SHAES said it was searching again with underwater sonar and visual searches from above water.

Names of the victims were not released.