FOX 2 - An elderly woman died from her injuries after the car she was in was hit by a fleeing suspect.

The crash killed 89-year-old Mary Lackamp causing reaction to pour into The University of Detroit Jesuit High School community from those who knew her.

An elderly woman died from her injuries after the car she was in was hit by a fleeing suspect.

It is where Mary Lackamp or Mary Voss as she was known back then, worked and made the most of every chance she had to make a difference in someone's life as the school secretary at U of D.

"She really took a vested interest in every single student that came in and that's what came across about her," said Edward Kent, victim's former student. "She took of everything that came in and out of the school."

Lackamp made the most of small opportunities to connect with the kids.

"We used to call her 'Mama Voss' because she cared about us all," Kent said. "In fact her son was in our class and he was on the basketball team with us. I spent the night at their house. And she was the classic mom figure."

It had been awhile since Edward Kent had seen or heard from 89-year-old Mary Lackamp. But that didn't make it any easier to hear of her tragic death.

On Valentine's Day Lackamp was in a car with three others when police say that suspect Harris Howard from Florida came speeding down Eight Mile after Ferndale police attempted to pull him over.

The impact of Howard colliding with Lackamp's vehicle caught on security camera. She would die at the hospital; the three others were also injured but are expected to recover.

"It hurts you, it snatches a piece of you away," Kent said. 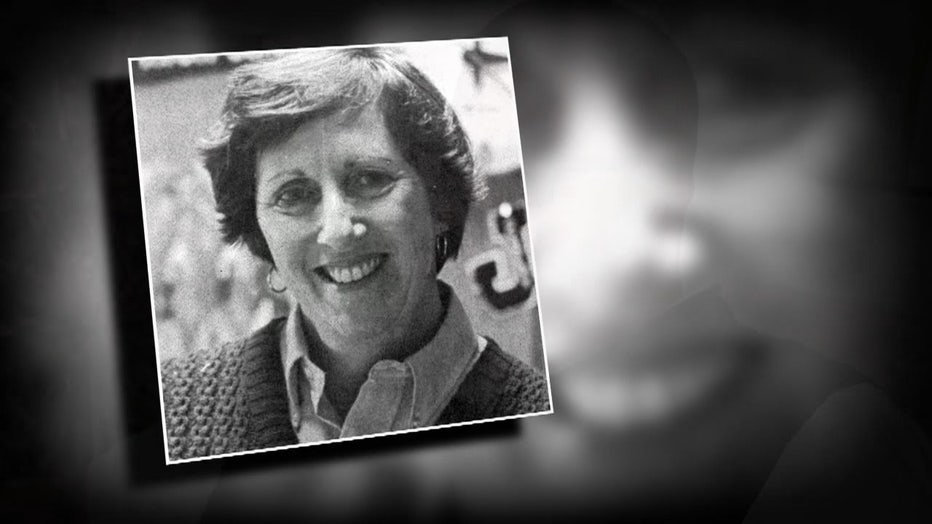 And that is how Kent and others are choosing to remember her now.

"The love she poured out to everyone no matter what their background was. If they were bused in from downtown, Highland Park, Grosse Pointe, it didn't matter," Kent said. "She treated us all the same she treated us like her own son - with love."

"We are heartbroken over the death of Ms. Lackamp. We hold the driver of the fleeing vehicle 100 percent responsible for this incident as he made a conscious decision to flee from our officer and we feel horribly that his actions resulted in such a tragedy for her family and friends."

As for the driver he is being held for fleeing and eluding police with additional charges connected to this death to follow.

FOX 2 had a chance to speak with the victim's son briefly tonight. He says he is overwhelmed by the number of people calling him and passing along condolences. He said he had no idea how many lives were impacted by his mom's compassion.