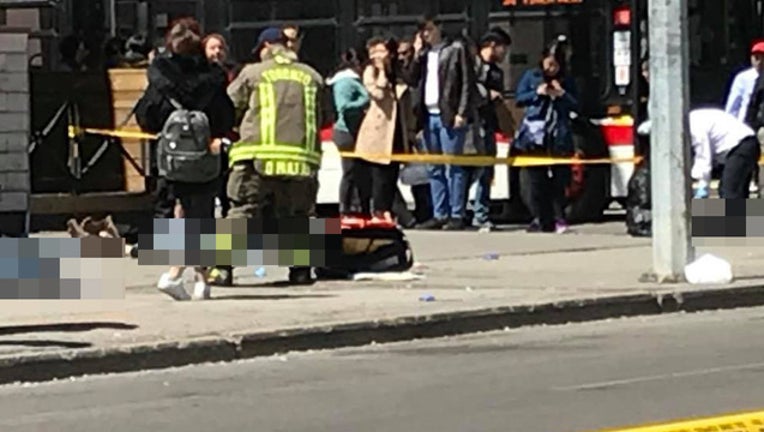 TORONTO (AP) - A van apparently jumped a curb Monday in a busy intersection in Toronto, killing 9 people and injuring 16 others, Canadian police said.

It was not clear what why the van hit the pedestrians in a busy intersection in the north-central part of the city. Police did not immediately identify the driver.

"At this point it's too early to tell what if any motive there was. We are also unable right now to tell the extent or the number of persons injured," Toronto police spokeswoman Meaghan Gray said.

Police shut down the Yonge and Finch intersection following the Monday afternoon incident and Toronto's transit agency said it has suspended service on the subway line running through the area.

The incident occurred as Cabinet ministers from the major industrial countries were gathered in Canada to discuss a range of international issues in the run-up to the G7 meeting near Quebec City in June.