From their 99-year-old father to a 3-year-old great-nephew, more than a dozen relatives felt the effects of the family trip that turned into a super spreader.

PLANO, Texas - They took precautions, but the virus spread among family members from Plano and other parts of the country who traveled to St. Louis, Missouri, for a birthday celebration.

From their 99-year-old father to a 3-year-old great-nephew, more than a dozen relatives felt the effects of the family trip that turned into a super spreader.

Larry Goldsticker is at now at his home in Plano and is feeling better after battling COVID-19, as are his family members who met up in St. Louis last month to celebrate his dad, Ralph Goldsticker’s 99th birthday.

Every person in the family photo below, within hours of returning to their homes, was COVID-19 positive. 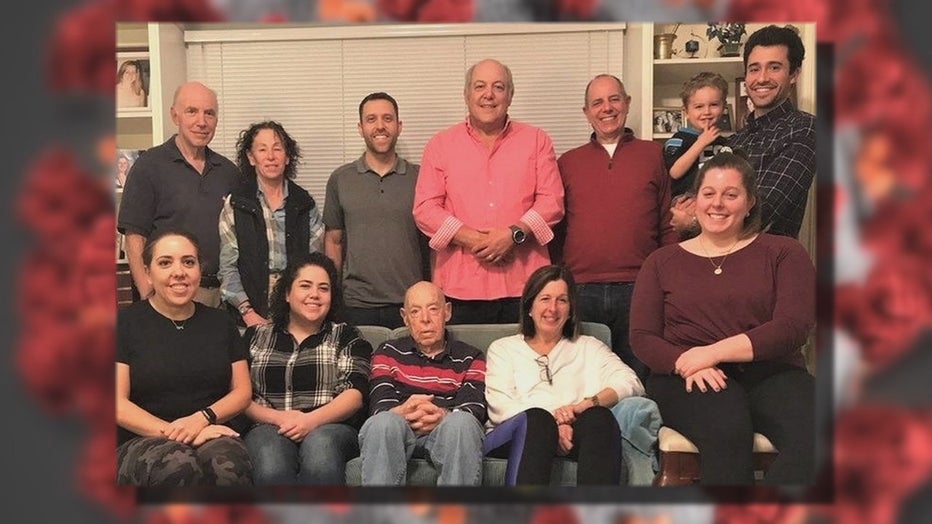 “So there’s a total of 12 of us. We were very conscience we thought beforehand,” Larry said. “Everyone quarantined ahead of time. My brother and sister-in-law in San Francisco got tested before they got on an airplane.”

Larry believes after all their precautions, one or more of them picked up the virus while traveling. Some of them flew. Others drove to St. Louis. They all arrived around the same time.

“No one was ahead of everybody else to say you were the one. We don’t know where it came from,” he said. “We all got in from our various places on Friday. Half of us stayed at a hotel, then we were either at my brother’s house who lives in St. Louis or my dad’s house. The only time we left, we went out Saturday night. We had a private room at a restaurant just the 12 of us.”

When Larry Goldsticker returned home, the symptoms began almost immediately. In turn, he says he infected his wife, who did not travel to St. Louis with him and their three children who are in their 30s.

All total, 13 family members were infected from one super spreader celebration.

Larry’s brother in San Francisco is the only person who was hospitalized, and it was an overnight stay for a racing heartbeat.

All are for the most part recovered, including Larry’s 99-year-old dad.

“The biggest impact to him was he lost his appetite for about a week and a half,” Larry said. “I talked to him yesterday and his energy level is not quite back. He’s lost some weight but all in all he’s doing well.”

After his experience, Larry has a warning for others.

“As painful and as hard as it is, it’s not worth the risk,” he said. “We thought we were being smart we weren’t 100% getting it. We got very lucky. It’s everywhere. You just don’t know. So just be smart, be safe and stay healthy.”

Larry, his wife and children are much better now. And even though some of his relatives are here in North Texas, he says there will not be gathering of extended family for Thanksgiving.