Two puppies rescued by Detroit police the day after Christmas 2021 are going home with the officers.

When officers Gabrielle Rogers and Hussein Kourani responded to the house on the city's east side Dec. 26, 2021, they found a dog on the porch.

"She wasn't vicious – she was just scared," Rogers said.

Rogers volunteers with an animal rescue and said she knew the dog was a mom. 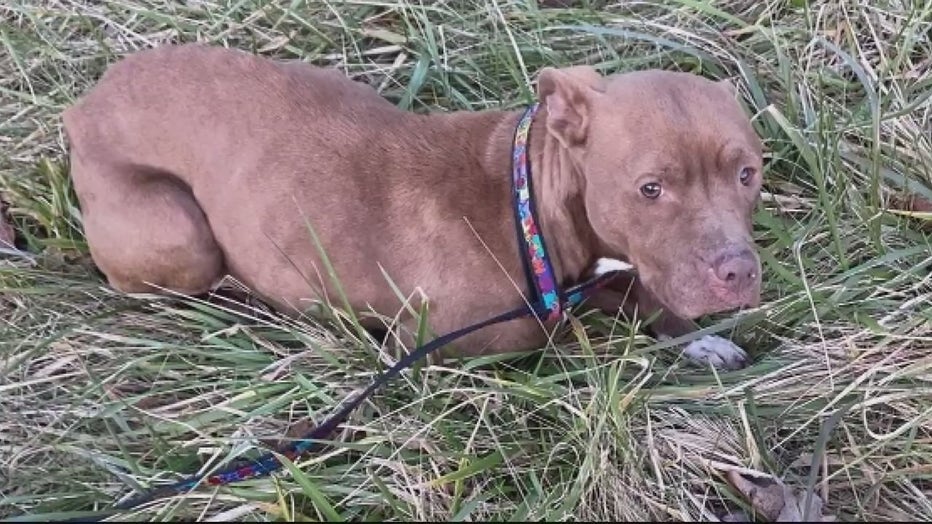 "We could tell she had something in there that she wanted to get to because she just wouldn't leave the location," Kourani said.

The house was boarded up by a neighbor who tried to secure it when the dog was gone.

"I just kind of had an inkling, like an intuition that told me go in that house," Rogers said.

So, the officers ripped off the boards and went inside.

"I just remember gasping and saying, ‘Oh my gosh,’ and then I saw a puppy laying on a beaten up, old mattress, and it was tangled up in there, and I kind of stared at it for a second thinking, ‘Is it alive?’" Rogers said. "It was totally like a Christmas miracle." 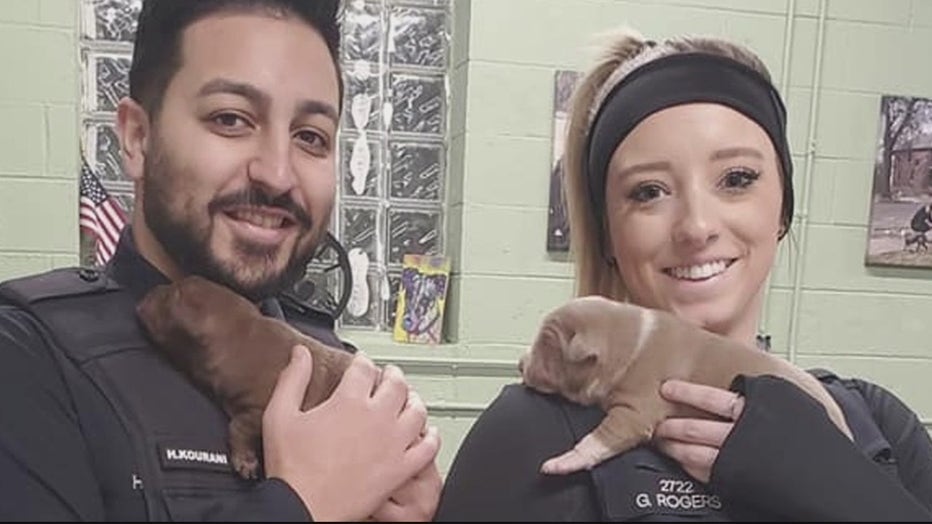 After removing a mattress coil from the puppy's neck, Rogers found another puppy under the mattress padding.

"We kind of just showed up in time, to be honest," Kourani said.

Detroit Pit Crew stabilized the puppies, now named Harry Potter and Hermione, and the mother, named Minerva. The dogs are now with Aries Doberman Liberation Rescue in Grand Rapids, where they are receiving care. 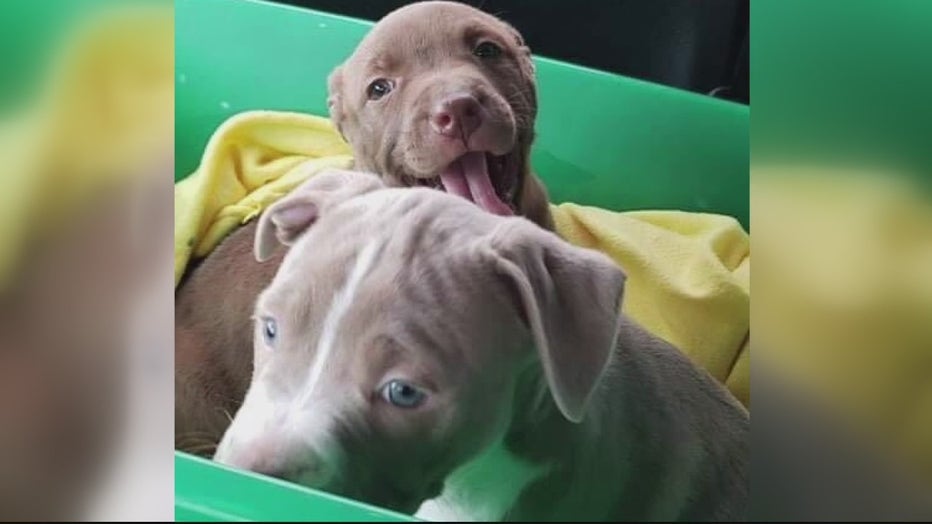 "Minerva did absolutely amazing keeping these two pups alive. I mean she literally would have given her life to keep these babies alive," said Michele Robinson, with the rescue.

The mother is being treated for heartworm. Then she will be available for adoption.

As for the puppies – they'll be going to live with the officers who rescued them. 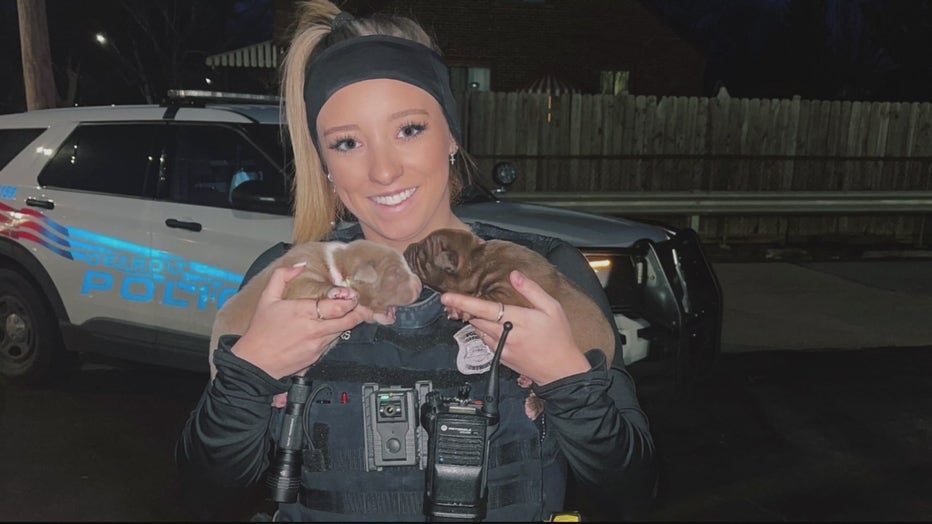 "I've been telling myself lately I want a little puppy. This one just kind of fell into my lap, so it was kind of meant to be," Kourani said.

Before they can go home, they need to receive treatment because Harry Potter has a hernia and Hermione has an extra toe. The dogs will also need vaccinations.

"We're going to get them all fixed up, and then I'm going to donate them over to the officers for saving their lives," Robinson said. "It's the littlest that I can do for them, for going out of their way to save them"

Donate to the rescue here.