Police officers helping each other through trauma

She relives the scene hearing the rapid shots, knowing that, as a prostitution decoy, she had no gun, she had no vest

DETROIT (FOX 2) - On Feb. 5, a three-year police veteran Richard Scalf was shot by a suspect who cops just nabbed in a prostitution sting.

It happened at Chene and Hendrie streets on Detroit's east side when Scalf exchanged gunfire with the suspect, but the suspect's shot severed the officer's finger and as he dropped his weapon, another shot struck him in the left shoulder, through a gap in his vest - which he died from.

"I said please, be careful, you got a dangerous job," said Richard's father, Ronnie Scalf, at the time.

"There's not a day where you don't think about it," said Officer Lashanna Potts.

Officer Potts was Scalf's decoy, 21 years ago.  She relives the scene hearing the rapid shots, knowing that, as a prostitution decoy, she had no gun, she had no vest.

"Why did he take a bullet and not me, because I was the officer that got the case. Why didn't I just let that guy go," Potts said. "I contemplated suicide." 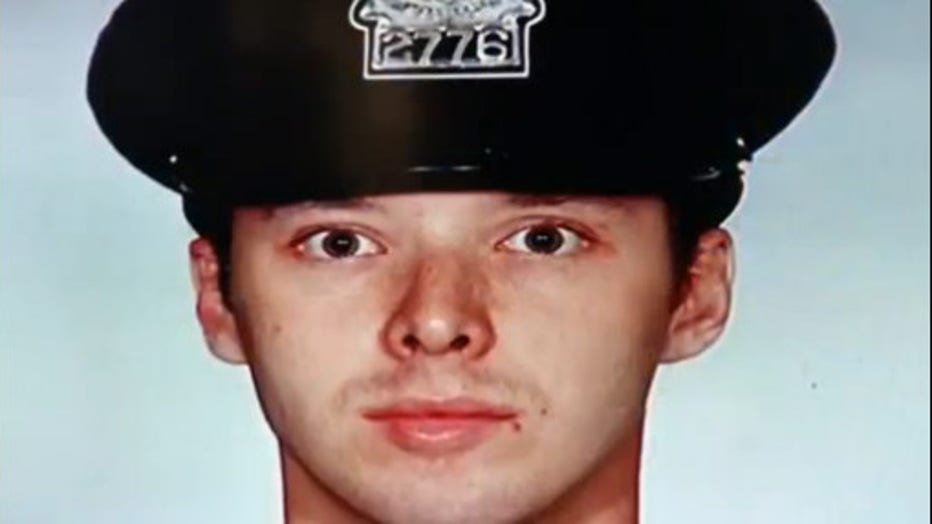 "I have to say it was God, it was my family," Potts said. "My mother was on a job at the time was and she sought psychiatric help for me."

Instead, she is now Capt. Potts of the Sixth Precinct - and she is a participant in the Detroit Police Department's Peer Support Unit.

"Giving back to officers who face trauma is very important for me," she said.

Potts is part of Tuesday's "Day of Resilience” at Wayne State University for roughly 70 police officers and civilians there to understand how police officers need coping skills and mental health inspiration.

"With law enforcement we don't get over our trauma, we learn to cope with it and I think that's the stigma of why officers currently don't try to seek help," said Sgt. Anthony Potts, Lashanna's husband.

But officers can seek help. The Peer Support Unit has now become the mission of Mr. and Mrs. Potts, who has been married for 18 years now and have three kids - but no police officers.

"If they would come home tomorrow and say 'Yeah I think I want to be a police officer,’ we would support them," Anthony said.

And right now, they are supporting every officer through peer support.