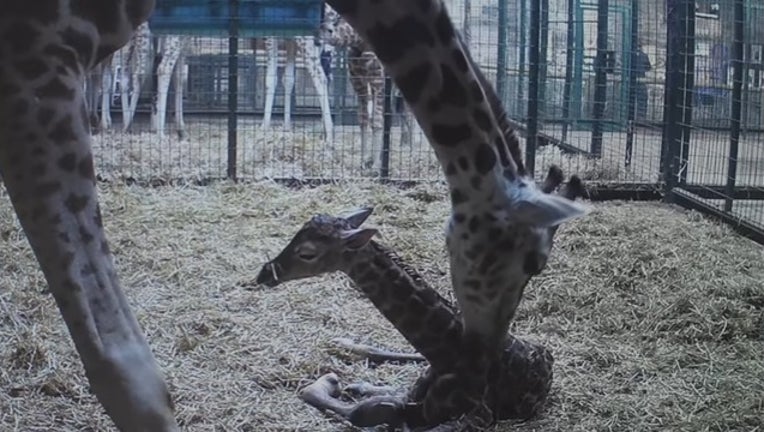 It seems like April the giraffe has been "ready to give birth" for a few months, right? Just one week ago, her keepers excitedly declared her birth was imminent. It still hasn't happened.

The world has been waiting on April to have her calf at Animal Adventure Park in New York. Hundreds of thousands of people have watched the official stream, let alone the millions who have watched streams of the stream, waiting for April to deliver the calf.

Last weekend, the Animal Adventure Park said the vet was onsite and April was "out of normal behavior," like leg-lifting, pinning her ears back, and raising her tail. The park said those were signs that she was experiencing contractions. They also reported her appetite was down but she was still eating carrots and lettuce.

Here we are, a week later, and still no giraffe from April.

But - there WAS a giraffe born this week and it was on camera! The Chester Zoo in Chester, England, captured video of a rare giraffe being born.

A Rothschild giraffe was born in what officials are calling a "precious moment" and "stunning" footage:

“Orla delivered her youngster smoothly following a four-hour labour; bringing an end to her 15-month pregnancy,” the Chester Zoo said.