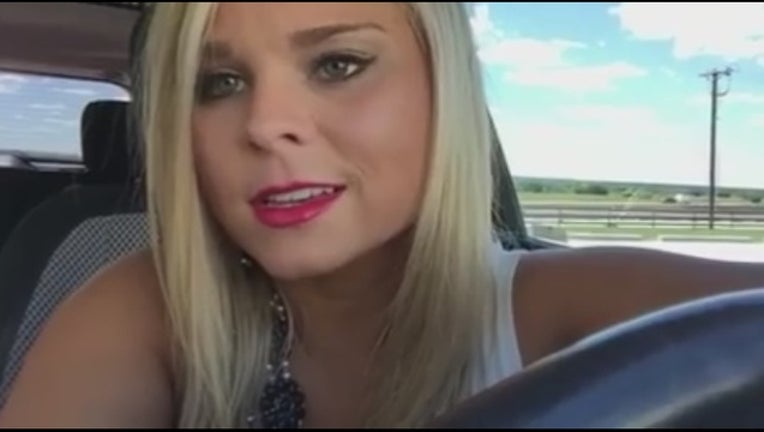 A Texas TV journalist's rant against her fellow millennials has been watched more than 40 million times in the past few days.

Alexis Bloomer filmed the two-minute clip in her parked car, writing on Facebook:

In the video, which has been shared more than 41 million times, Bloomer excoriates millennials for lacking manners and respect for their elders.

"We listen to really obscene music that degrades women and pretty much glorifies drugs and crime," she said, faulting young people for idolizing people like Kim Kardashian while shaming people like Tim Tebow.

"We’re just existing. We’re not really contributing anything to society," she said, arguing that Generation Y is more concerned with amassing Facebook friends and followers, rather than building actual relationships.

"We don’t respect our elders, we don't even respect our country. We're stepping on our flag instead of stepping up to volunteer. ... Everything that used to be frowned upon is now celebrated. Nothing has value in our generation because we take advantage of everything," she said.

Bloomer later commented that she knows not all millennials are bad:

"Disclaimer: I know that not all of Millennials are bad, when I posted this I had just watched as a young man stepped in front of a limping elderly man and didn't hold the door open for him, it made me think...This video was not intended to offend anyone, in fact, it shouldn't offend anyone unless you're guilty of doing any of these things. The beauty of Facebook is that you can scroll past something you don't like. I guarantee MOST of you that liked/shared/commented on this video do not have a problem with anything I said in this video because you don't do any of these things. Also, I had 3 guys staring in my passenger window making funny faces as I posted this...So I apologize for the distraction (I'm ADD). I hope that when you watch this, you listen to the underlying message and don't take it as an insult."

She explained that she was moved to post the video after seeing a young man step in front of a limping elderly man and fail to hold the door open for him.

Watch the full rant above and let us know: does she have a point?