OAKLAND CO. Mich. - After a series of robberies at fast food restaurants dotted around the metro area that dates back to 2018, law enforcement have arrested a 19-year-old believed to be the primary suspect.

Of the several places hit, it was a failed attempt at a Burger King in Auburn Hills on Dec. 27 that would be their last.

"Anytime someone comes into a business with a gun and demands money - absolutely it's traumatic," said Douglas Depodesta, an FBI assistant special agent.

Officers have charged Moses Champion with the robberies, including incidents at Taco Bell restaurants in December of 2019. Additionally, police have also arrested his accomplice, who was a 14-year-old who is now in Auburn Hills.

"A very big investigation, right now we have them charged with five robberies," Depodesta said. "All fast food robberies in Oakland and Wayne County."

Two people, one a juvenile charged with fast food robberies in Oakland and Wayne County

Following a string of fast-food robberies believed to go all the way back to 2018, two people, one 19 years old and the other a juvenile have been arrested and charged with five robberies.

The robberies go back years and include cities dotted around the metro area. At the Taco Bell in Livonia, the suspects wore hoodies and ski masks and were armed with handguns when they threatened the employees. They stole $2,000 there.

Other Taco Bells that were hit include ones in Milford where they only stole $200 and Independence Township, where employees were roughed up and about $1,800 was stolen.

Other places hit include a Starbucks in Redford and another Taco Bell in Dearborn Heights. At that last location, clothing and DNA evidence was found outside the building - and eventually implicated Champion.

The FBI Oakland County Gang and Violent Task Force recently executed a search warrant at Champion's home, where they say they found clothing worn during the crimes. They also said Champion told them he had thrown his gun in a lake, later admitting he had used the 40 caliber handgun in five other robberies.

"Sir, if you could give us your full name?" asked a court official on Thursday. 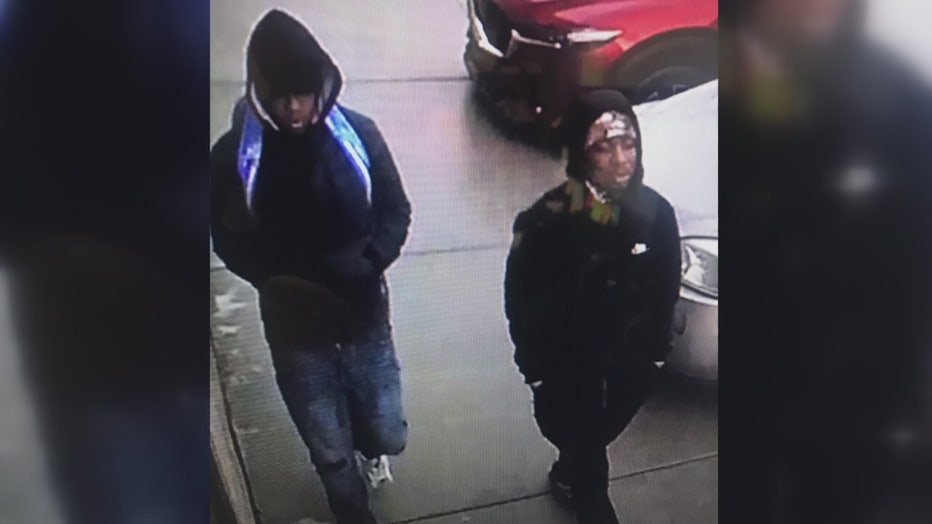 "The government is seeking detention and requests a detention hearing Friday at 1 o'clock," said the court official.

"They were obviously terrorizing these fast food workers and we're just really happy we got them off the streets - it didn't progress to more violent acts," said Depodesta.

The FBI said the arrest is part of Operation Relentless Pursuit, the Attorney General's new effort to crack down on violent crime in Detroit and other cities.