DETROIT (FOX 2) - "We shouldn't have to risk our health and our lives to make sure our vote is counted," said Erin Dwyer.

Dwyer is a professor of American history. She's passionate about politics and the integrity of our elections.

In fact FOX 2 heard from many voters who turned in their absentee ballots in person and ballotTrax did not show them as having been received.

"Elections and voting is something I talk a lot about with my students," she said. "I really impress upon them that people have fought and died for this right to vote."

So she and her partner, Roger Winn, were not going to let COVID-19 keep them from casting their ballots in the August 4 Primary.

"How do you vote in a pandemic? We requested our absentee ballots in advance, they arrived in the mail, we did research on all of the candidates," Dwyer said.

They filled out their ballots but were so worried about the delays in mail delivery - they decided to hand-deliver them.

Dwyer said they dropped off their ballots at the official ballot drop box in front of the clerk's office on W. Grand Boulevard. That was on the Friday before Election Day and since then they've not been able to find out any information on whether or not those ballots were received.

They checked the city's BallotTrax system - where it clearly says you can trust that your vote counts. Or does it? The only thing Dwyer and Roger could find was that their ballot was on its way to them.

FOX 2 heard from many voters who turned in their absentee ballots in person and BallotTrax did not show them as having been received.

On Friday I spoke with the clerk's IT department who said that ballots were received, he just needed to update the system. Almost immediately thousands of people received word their ballots were indeed received. But not Erin and Roger. 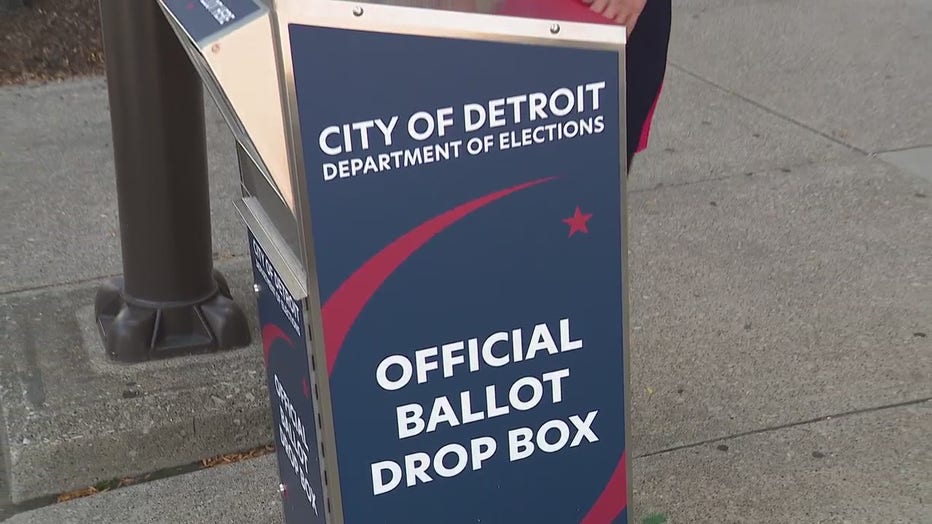 Clerk Janice Winfrey was not available for comment, citing her ongoing efforts to finish the canvas and certify the election. She said if voters dropped off their ballots, they were certainly received. Even though BallotTrax has been updated, and shows no sign of that for Erin and Roger.

"The question comes down to, do you vote absentee and not know if it counted, or do you risk your life to cast your ballot," she said.

Dwyer says they will wear masks and vote in person for the November election. Early voting starts on September 21.

"Everyone should feel that their vote is counted," Dwyer said. 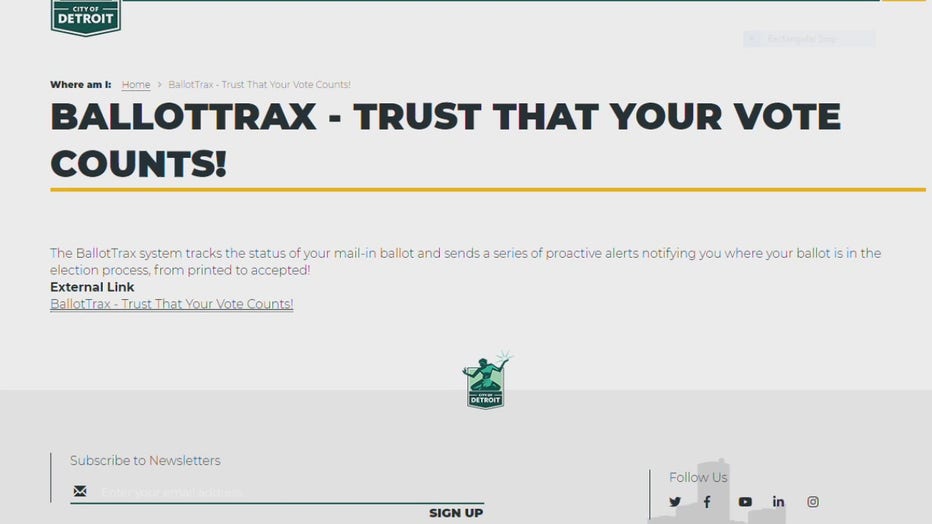