FOX 2 - It was an explosive day in Detroit’s 36th District Court hours after two accused political operatives turned themselves in.

"These are gentlemen that make a mockery out of our system of government,” said Assist. Attorney General Richard Cunningham.

It was an explosive day in Detroit’s 36th District Court hours after two accused political operatives turned themselves in.

On Thursday 54-year-old Jack Burkman from Arlington, Virginia, and 22-year-old Jacob Wohl from Los Angeles, California were arraigned on four felonies: intimidating voters, conspiracy to commit an election law violation, using a computer to commit the crime of election law, and conspiracy.

“It's an absolute atrocity - these charges,” said Scott Grabel, defense attorney. "What the attorney general told you is absolutely false.”

Cunningham said that “This robocall offended a Detroit citizen who came to us. He saw it as being a racially insensitive message."

This is part of the message,  the Michigan attorney general’s office says went out to roughly 12,000 people with a 313 area code and 85,000 others nationally.

The Attorney general's office says the calls made in late August warned people about being “finessed into giving your private information to the man” and urges them to “beware of voting by mail.”

“The crux of this case is a motive to unfairly affect the outcome of the upcoming election - a very serious offense," Cunningham said. “We have a very strong case. You do not have a strong case. Your case is weak. I don’t appreciate him smearing either one of these gentlemen with false allegations.”

The attorneys for the two men battled it out with assistant attorney general Richard Cunningham, who asked for a high bond for each of them, saying that the two, while turning themselves in, had a film crew and showed off stacks of $100 bills.

“Your honor I think $1 million wouldn’t be inappropriate in this case," Cunningham said. "They certainly can make it.” 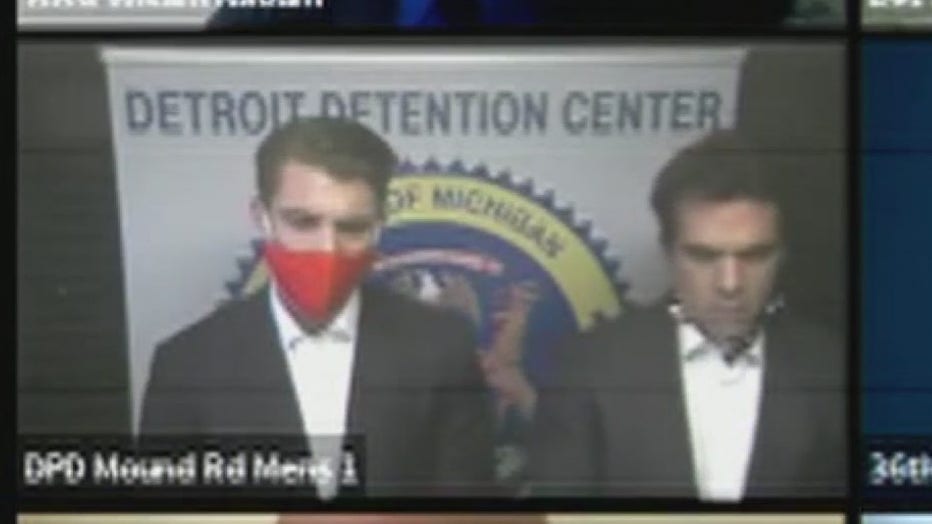 “This is a publicity stunt. He’s insulting your intelligence asking for any cash bond," Grabel said.