DETROIT (FOX 2) - Another step has been taken in the effort by activists to close down summer school in Detroit and the rest of the state.

A lawsuit has been filed, calling on the courts to make the call. From protests at the school bus garages in Detroit, to public comments at school board meetings. Now the courts will be involved.

Another step has been taken in the effort by activists to close down summer school in Detroit and the rest of the state.

“Any classroom that is open now is still a danger to students in the classroom and the communities that they return home to," said Ben Royal.

Royal, a Detroit schoolteacher is the lead name on the lawsuit. He is a member of the teachers union and a member of By Any Means Necessary or BAMN.

But he is not alone.

“Two of the people who joined our lawsuit are bus drivers who had no idea what was going on or what their assignment is," said attorney Shanta Driver.

The suit, filed in the Michigan court, is demanding Governor Gretchen Whitmer issue an executive order to close all schools until science supports reopening.

“She (Whitmer) was concerned about opening in September but here DPSCD is open now," Driver said.

But it also says Superintendent Nikolai Vitti has the power to stop summer school immediately. Vitti says the summer school program is voluntary. 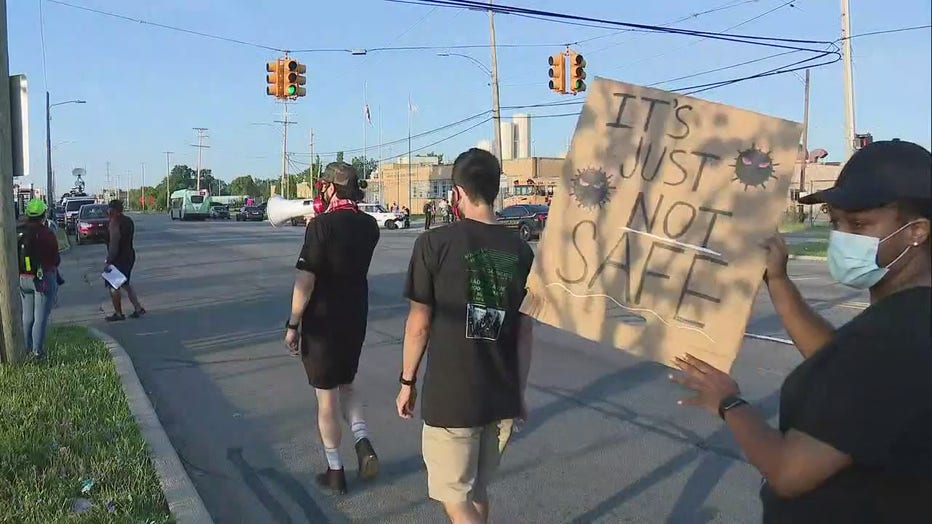 He issued this statement, which reads in part:

"We are offering the same face to face services to children and to families as over 300 daycares are to Detroit children in the city. In fact, our Covid safety standards exceeds daycare safety standards. If we are not legally able to provide face to face instruction to students this summer then the assumption should be that schools cannot legally reopen in the fall or in the near future throughout the country or in the state of Michigan."

“If someone volunteers their child to go to school in these conditions than something is wrong with them," Driver said.

“There is pressure being put upon students and parents to bring them to these in school programs," said one teacher. 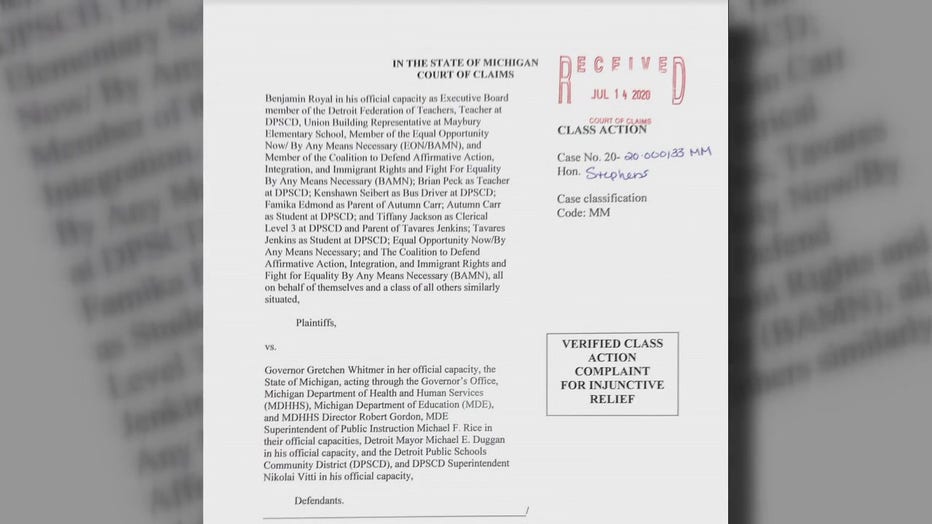 “Mayor Duggan does not run Detroit's schools, and he had no part in deciding whether or when to have summer classes. The people who filed this lawsuit obviously have no idea who makes these decisions - and who should get the credit, or blame, for them.  I will seek to have the mayor dismissed, given his utter non-involvement.”

Those behind the lawsuit are hoping the courts will in the next day or two, suspend summer school until this matter can be heard in court. 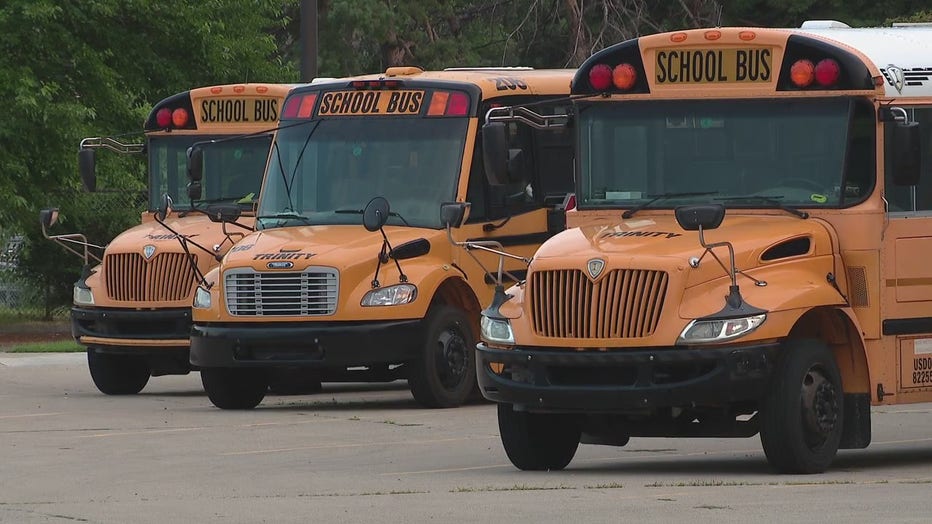