Michael Griffie is alledging Adam Hollier is in violation of campaign finance law. Both Griffe, an attorney, and Hollier, a current state senator — are running for the same seat.

DETROIT - The congressional race for the new 13th US Congressional District is heating up - one of the candidates is accusing an opponent of violating campaign finance laws.

Calling it "The Hollier Challenge" Michael Griffie is alleging Adam Hollier is in violation of campaign finance law. Both Griffe, an attorney, and Hollier, a current state senator — are running for the same seat.

"You have to be on top of every single thing because when people perceive you as a threat they gonna go at you," said long--time political advisor Adolph Mongo.

The issue — apparent errors or omissions in Hollier’s October 2019 quarterly report in regard to reimbursement of fuel for travel to and from the State Capitol in Lansing.

"I think our challenge speaks for itself - we feel that because he violated campaign finance law he should not appear on the ballot," Griffie said. "Unfortunately that matter - even though it was three years ago, should have been resolved. It hasn’t been resolved to the date of filing - which was April 15th 2022, three years late."

State Senator Hollier (D-2nd District) declined to speak to FOX 2 about the matter on Monday night. He says he is discussing the matter with his attorney and plans to release a statement, "in the very near future."

"He’s gonna have to fight it, you know - you can’t take this lightly because he can wake up tomorrow and find out he’s kicked off the ballot," Mongo said.

The Griffie campaign is calling for the Wayne County Clerk to deny certification of Hollier’s candidacy in the August primary and the general election in November.

"Well, politics as usual - you know candidates realize there are so people on the ballot, that the more they can get off, that is the more votes they can get for themselves," Mongo said. "I’m not surprised."

The race is expected to be wide open with Democrat Congresswoman Brenda Lawrence not running for re-election. 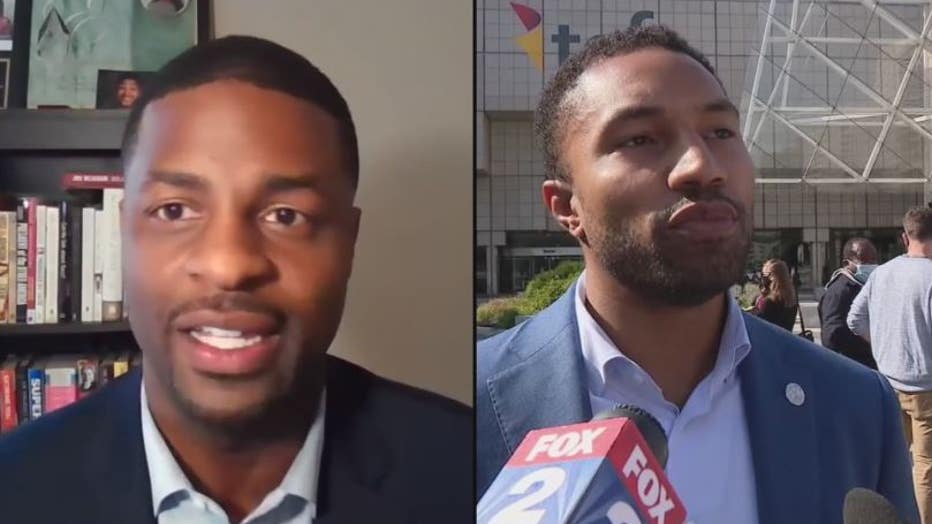