People who had been in the United States for decades, people who had committed crimes and served their time, but were now being deported as part of President Donald Trump's immigration crackdown.

There would be protests and court cases. A federal judge ordered a stay and the imprisoned Iraqis would get their day in court.

"The stay that exists now, prevents the deportation of all Iraqi nationals living in Michigan," said Mike Steinberg of ACLU of Michigan.

Weeks would turn to months, which would turn to years in lockup for some. People waiting years for their cases to snake through immigration court, but late last year came another ruling: The people detained must be sent home from jail while they waited on their immigration cases.

"They still have to fight for their cases - at least they get to do it from the comfort of their own homes," said Nadine Kalasho, attorney.

But now, new worries - the original order that stayed the deportations were overturned on appeal. Now advocates for the 1,400 Iraqi nationals nationwide, worry that deportations could be coming soon.

"I don't understand why they are so hyper focused on sending these people back where they will certainly be in danger," said Edward Bajoka, attorney. "The risk is unbelievably huge - it's beyond dangerous for anyone to return."

Attorney Ed Bajoka is fighting in court, but now a new effort by the Chaldean Chamber of Commerce to appeal to Vice President Mike Pence and his Christian beliefs - and bi-partisan action by Michigan lawmakers is in the works. It would introduce legislation to give the Iraqi nationals more time - two years - to get their cases through immigration court.

"Not much time left for these individuals," said Martin Manna, Chaldean Chamber of Commerce. "So it really is going to require a political solution at this time."

Part of the problem for these advocates for the Iraqi nationals is that they keep reaching out to the Trump administration but there's so much turnover it's difficult to establish a relationship and get anything done.

"Having Congress involved now - if we can pass this bi-partisan bill, this certainly is going to have to make the administration act quicker than they wanted to," said Manna. "But we're out of time and so hopefully they will react to this and make a decision one way or the other so we can know what we need to do." 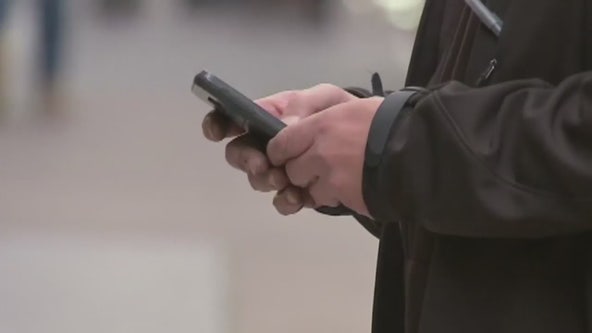