Refugees find love in Fenton after fleeing Afghanistan and Yemmen

Sayna Gholami and Salah Bajba both sought freedom and safety in the U.S. from Afghanistan and Yemen. They also found love in Fenton.

FENTON, Mich. (FOX 2) - An Afghan refugee who came to the U.S. to seek refuge after the Taliban took over her country found much more than she expected: love.

Sayna Gholami has been in Michigan since December. When she landed in the U.S. with Samaritas, she was placed with a host family in Fenton who were kind but she admits she was very lonely.

"I feel so lonely and I lost my everything - it's so hard for me," she said. "They were really, really nice - like my family - and it makes me feel better."

That family had hosted another refugee before Sayna, his name was Salah Bajba from Yemen. On New Year's Day, the two met and developed a deep friendship while bonding over similar pasts and navigating a new life.

"That's kind of really difficult to find who will be the same match with ideas. Things that we like to do: studying and supporting each other," Salah said.

A match made in Fenton as the two refugees fleeing war and persecution in their own countries had found each other so many miles away. That eventually turned into love and marriage.

"I was like - okay, I'm getting married and I could not imagine how wonderful it was. All the family came," Salah said

The new family, their foster family, they've been able to build because of Samaritas and the people who have welcomed them with open arms.

"I just think it's wonderful - i think it's really nice that they found someone to be their partner in life," said Sarah Martin-Fanone, who hosted them both. "Once you see how happy they are what can you do but be joyful for them."

Martin-Fanone hopes more people will be host families to experience other cultures and build new friendships.

As for Sayna and Salah, they hope to have wedding celebrations in their home countries with their families someday. For now, they're both working and studying architecture and mechanical engineering.

"I know there are a lot of people that are trying to help refugees and make them start their life - that's really helpful," Salah said.

Together, they plan to help other refugees and want to be a host family.

"I just love it and I hope I will be one of them to help other people," Salah said.

Over the past year, Samaritas has resettled 500 refugees in Michigan. 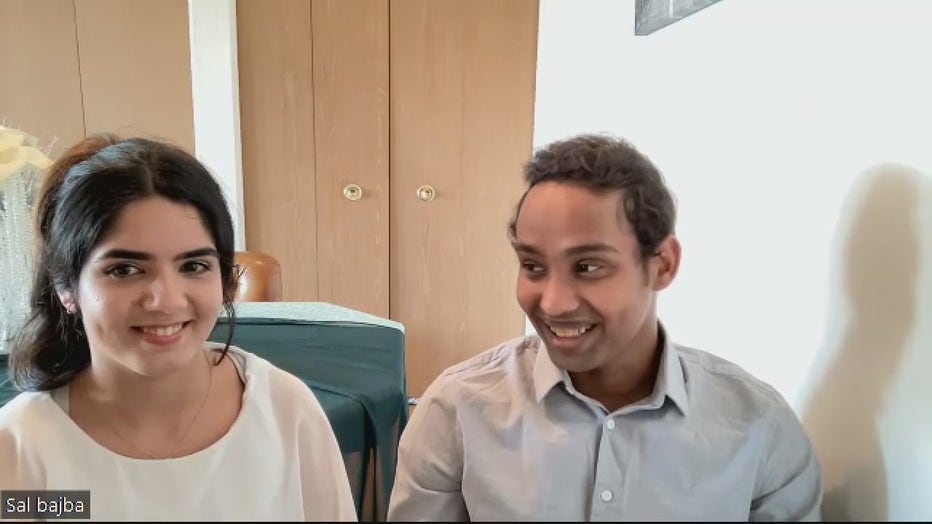