DETROIT (FOX 2) - A fire at the Rosebrook Manor Apartments off Seven Mile and Hoover sent a female tenant and her 2-year-old daughter to the hospital, with smoke inhalation.

A fire at the Rosebrook Manor Apartments off Seven Mile and Hoover sent a female tenant and her 2-year-old daughter to the hospital, with smoke inhalation.

Hill and everyone else got out safe.

The Detroit Fire Department tells FOX  2 the cause was a stove kept on as a supplemental heat source. A combustible too close, caught fire.

"We are using the stove to produce heat, because it's cold," said Hill.

Walking the halls it was cooler not freezing, regardless, they're keeping the stoves on.

"Three or 4 hours, then at night when it really gets cold some people leave it on all night," she said.

Two weeks ago the owner of the apartments died, leaving his children scrambling to take over.

"It was never this cold when Mr. Brown the landlord was alive," said another resident.

After a bit of cat and mouse with management, FOX 2 did catch up with them. They went on camera and we asked them about the temperatures in there.

FOX 2: "If you just come out and say two words to us we will be done with you, we will leave you alone." 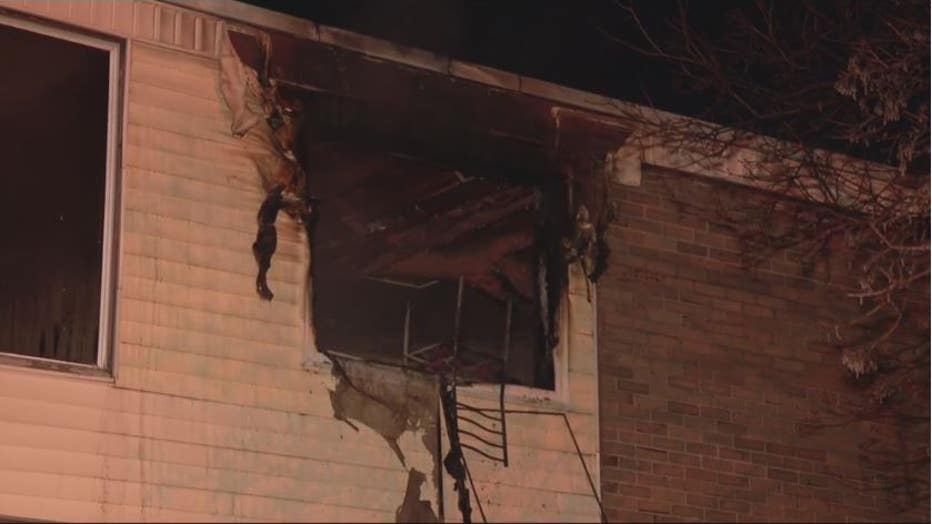 "These are fresh people stepping their foot in the door - you can't expect to snap fingers and things get done," said Ken Tilmon, Rosebrook Manor employee.

An employee says there is heat but they'll look into any complaints.

"Any issue that the apartment has is going to get fixed," Tilmon said.