The 75-year-old man is recovering after taking punches from 20-year-old Jadon Hayden of Ypsilanti last month. Hayden - who his father says is mentally ill - was charged with five counts including assault with intent to do great bodily harm.

"I have literally watched dozens, hundreds, maybe thousands of videos (like) that online," said Runestad.

Michigan Senator Jim Runestad is now preparing a petition calling for nursing homes to allow patients to install cameras in their rooms, it is what he says - right now only five other states allow.

"It's just unbelievable how often this happens across the country and our state," he said.

Runestad says he gets calls, texts and emails daily from family members concerned for their elderly loved ones. One woman reached out to Runestad just days ago, unable to check on her father during this pandemic.

"Her father had fallen twice out of bed, all of his front teeth were broken out of his mouth," Runestad said. "He was in excruciating agony."

Runestad says the woman's father died the next day.

"She said nothing can be done for him. But maybe for others," he said.

Runestad says Senate Bill 77 would establish that a nursing home patient - their family or advocate - would be allowed to monitor their own private room with a camera - under certain conditions... essentially the family would pay for and oversee the cameras.

"The patient and the patient's family and advocates have to be the ones that want it," he said.

Runestad says at the very least, allowing cameras inside patients’ rooms would deter bad or neglectful behavior and at the very best, give families some assurance that their loved one is getting the care they need.

"You have to require these nursing homes to allow the family to put the camera in," he said. 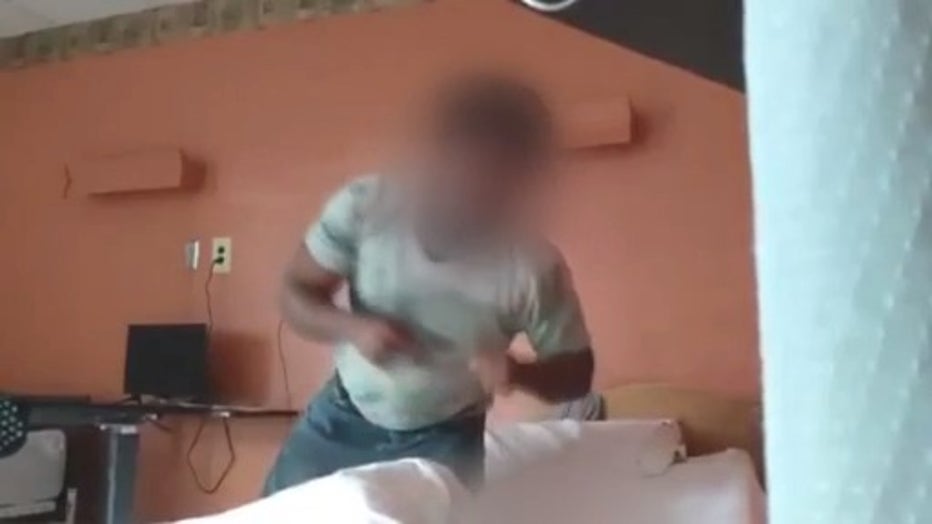 But critics of the bill are worried about privacy issues. Runestad says if the patient is in a shared room - they must get permission from the other patient as well.

"Instead of it being 'Mr. Jones fell,' now we've got you on camera beating the heck out of this guy," he said.

Runestad is starting a petition drive calling on nursing homes, fellow legislators and governor Gretchen Whitmer to show their support - adding that it's long past time we do something to protect our seniors from abuse.

"What we have now I believe is going to solve 90 percent of the problems if we get this passed," he said.