DETROIT (FOX 2) - Days after last weekend's heavy rain,  I-94 remains a mess and MDOT says it's going to take about a week to fix it.

Westbound I-94 is perfectly fine now - but the eastbound  I-94 from Michigan Avenue to I-96 is completely closed. Here are the basics of I-94 - the surface of the freeway is asphalt and under that a concrete base, under that, a stone base, and below that, sand.

Westbound I 94 is perfectly fine now - but the eastbound I-94 from Michigan Avenue to I-96 is completely closed.

MDOT said that there are nine pump stations along I-94, and they all lost power. There are no generators- but when generators were brought in, the rivers and creeks were too full to take the water off the freeway, and that's why the water sat there.

Officials say that sand and some flood water worked their way between the concrete base and the asphalt surface. It caused the asphalt to become like a roller coaster and the need to be completely torn apart. 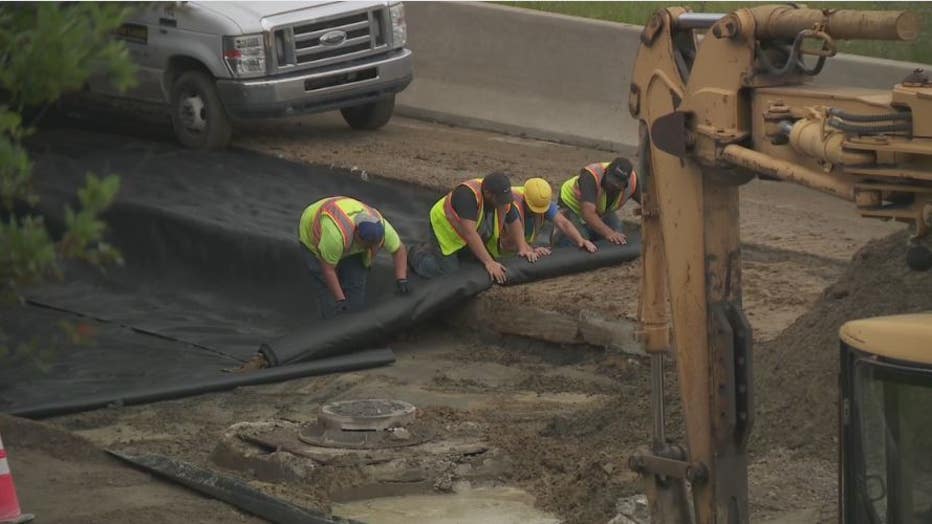 However, crews from Great Lakes Contracting Solutions will be nearly doubling the stone base under the freeway- and putting in a concrete surface - not the old asphalt surface- the asphalt is gone.

The contractors say it should provide a much stronger -and hopefully flood-resistant I-94 in the future.

A lawsuit has been filed against the Detroit Water and Sewerage Department.