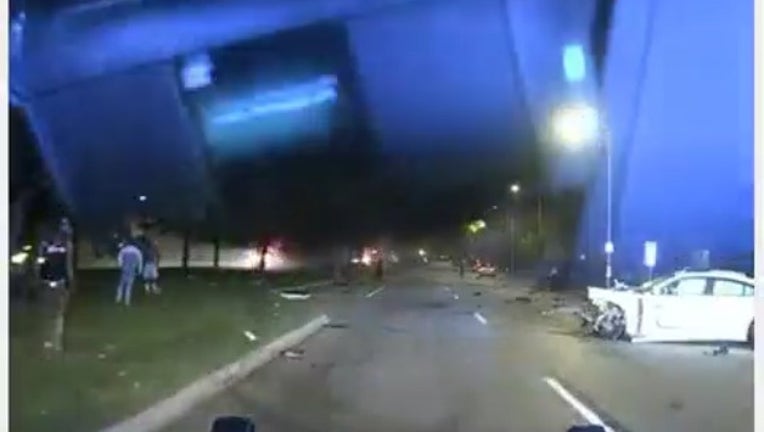 A driver and passenger in this Charger were hurt after a suspected drunken driver ran a red light and hit them Sept. 21, 2021.

Police said a driver in a 2021 Ford Expedition was traveling east on Venier when they ran the red light at north Harper just before 12:40 a.m. The Expedition struck a 2014 Dodge Charger and kept going. It then hit a 2011 Cadillac CTS.

The Expedition continued before hitting a tree.

Police believe alcohol was a factor, and charges are pending against the Expedition driver.