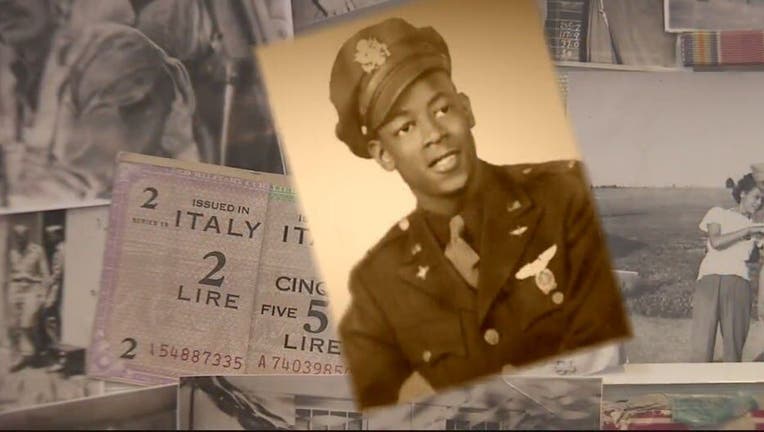 DETROIT (FOX 2) - Alexander Jefferson, a member of the Tuskegee Airman who helped America win two wars, has died at 100.

Lt. Col. Jefferson passed away this week after a long life of service to his country.

Jefferson turned 100 last November and spent his birthday at Rouge Park, where the Detroit native spent much of his childhood and the city rededicated Jefferson Airfield in the park in his honor.

Jefferson flew 18 missions escorting bombers during his military service. At one point he was shot down and was a prisoner of war.

In 1942, Jefferson was sworn into the United States Army Reserves and in April 1943, he reported to Tuskegee Army Air Field to begin flight training.

Who were the Tuskegee Airmen?

"We went through a period of nine months at Tuskegee Army Airfield where you really become a pilot," he said.

In 1944, Jefferson was shot down and captured by German troops during WWII. He spent nine months as a prisoner of war before he was finally liberated and returned home.

The military just like the rest of the country was segregated, and some didn't believe African-American pilots could do the job - in part due to a 1925 report that made cruel and inaccurate statements.

"The Army War College Evaluation of the Negro in 1925 ... held that the Black man was physically unqualified for combat duty ... mentally inferior ... could not control himself in the face of danger ... "

"This is the attitude of the colonels and officers that met us and what we had to overcome," Jefferson said. 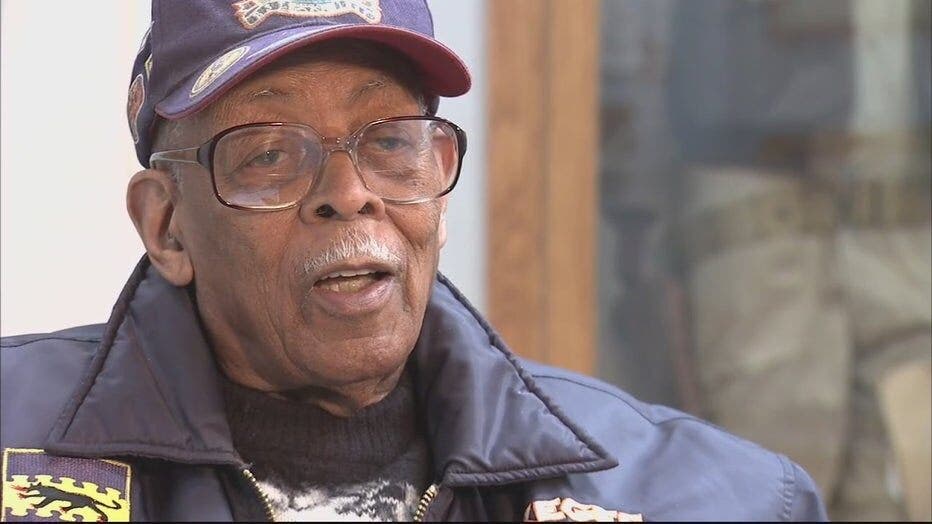 In 2017, the Urban League honored Jefferson for his dedication to the U.S. Army.

Jefferson continued his training at Selfridge Army Air Field Base and it was a battle on the home front to win the respect they deserved and unappreciated.

"These are the words I'll remember 'till I die, 'Gentleman this is my airfield as long as I'm in command there will be no between white and colored officers. Are there any questions?'"

Not long after that Jefferson was sent to Europe and assigned to the 332nd "Red Tail" fighter group:

"My role was a fighter pilot, escorting the bombers from Italy to Germany, Italy to Czechoslovakia,  flying P51 Mustangs, having a heck of a good time," Jefferson said.

The Red Tails were fierce, skilled fighter pilots known for their bravery, protecting and clearing pathways for bombers.  Jefferson flew 18 missions but on his 19th, he was shot down.

"That's where German 20 mm came up through the floor and went out through the top of the ceiling," Jefferson said. "And the darn fire came up out of the floor, burned the gloves. I had to pull up and bailout."

He spent the rest of the war in a POW camp, drawing pictures to occupy his time. After being liberated by Gen. George Patton in April 1945, he saw the worst of humanity.

"You could smell it a mile before you got there because the ovens were still warm," he said. "A room in the barracks piled high with eyeglasses, another room filled with shoes, railroad cars with the doors locked filled with bodies. Dachau (concentration camp)."

The war was over, but for Jefferson and the other African-American pilots, they were returning home to another fight.

"Two or three thousand men jubilant," he said. "We get into the harbor in New York, the Statue of Liberty, and going down the gangplank at the bottom a little white soldier (saying) 'Whites to the right and (n-words) to the left.'

It was a cold homecoming - but their impact couldn't be denied. Their record of excellence led to the desegregation of the Armed Forces.

In 1948 President Harry Truman signed an executive order ending segregation in the military.  The Tuskegee Airmen - who always knew "failure was not an option" helped write that history.

"When we leave, we hope we leave a good trail," Jefferson said.

A decorated serviceman - Alexander Jefferson was a man of discipline, dedication and determination.  A family man. A man of faith. A teacher who helps us all learn from the past, so we can help build a brighter, more inclusive future.