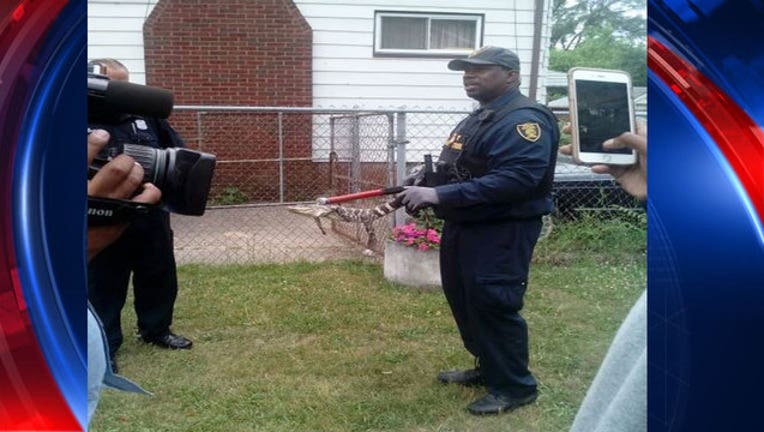 DETROIT (WJBK) - An alligator was removed from the backyard of a Detroit home on the west side Wednesday.

Police received multiple calls for a vicious animal at a home in the 12800 block of Strathmoor, near I-96 and just north of Plymouth.

When officers arrived, they found 2-foot gator charging out, police said.  Animal control was called to remove the animal at about 12:45 p.m.

The home owner told police they did not know where it came from and it was not their pet.