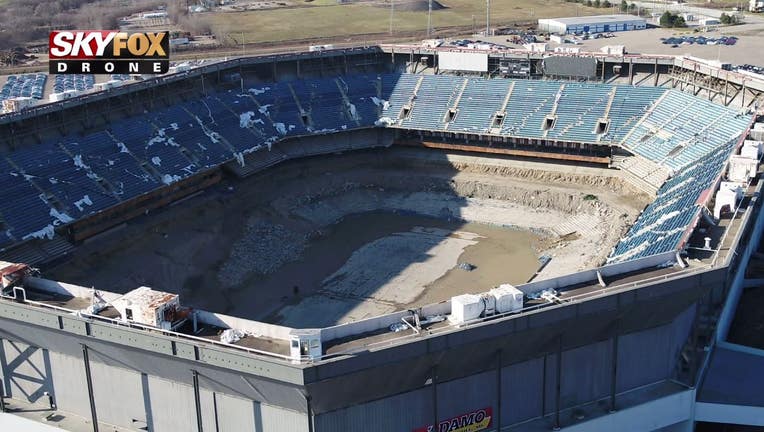 That's according to Pontiac Mayor Deirdre Waterman, who sent out a news release Wednesday evening announcing the decision.

The 127-acre site, formerly the home of the Detroit Lions and the Detroit Pistons is now the face of a regional distribution center for one of the largest retail companies in the world. The project is worth $250 million and is expected to create over 1,500 full time jobs for the area.

The final decision on closing the purchase of the Silverdome is still months away. Wages for employees working at the facility would start at $15 an hour for both full time and part-time associates.

It will also be the first site nationally for Amazon to have both a fulfillment center and delivery station.

"The former Silverdome site is an ideal location and Pontiac is poised with a ready workforce," Waterman said. "Landing Amazon will bolster Pontiac's continued economic success and further our pipeline of pairing industry with talent."

The first steps of the process were completed Wednesday night at the Pontiac Planning Commission meeting, which was considering granting a special exemption permit for the site to be used as a warehouse and fulfillment campus. Representatives from both Amazon and the company that builds these properties, also known as Seefried Industrial Properties were present at the meeting.

News of a company possibly taking residence at the former stadium site first made headlines on Aug. 29, when Waterman told FOX 2 an Atlanta-based developer was looking at the land. Those suspicions were validated by the mayor's latest release.