DETROIT (FOX 2) - A Detroit ambulance flipped on its side Friday night as it was taking a patient who had been burned in a fire when it was hit by another car.

The crash happened on West McNichols near the Lodge around 10 p.m. as the ambulance was taking a patient with burns and difficulty breathing to the hospital. The ambulance was hit by a car and flipped onto its side.

Two medics and a firefighter were on board and suffered non-life-threatening injuries and were taken to a Detroit hospital.

The patient was put into another ambulance and taken to a different Detroit hospital.

The condition of the driver who hit the ambulance is not known. 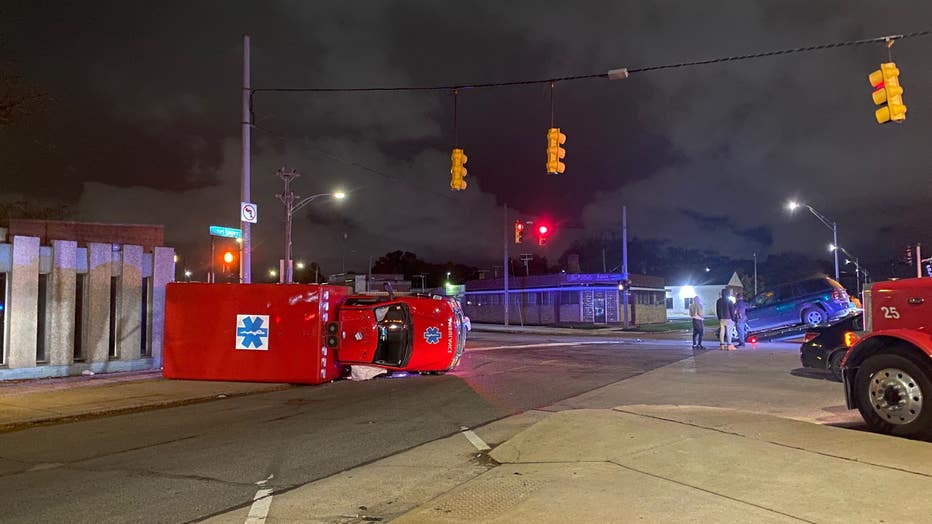 An ambulance sits on its side after being hit by another car on West McNichols in Detroit on Oct. 23.