FOX 2 - An amended lawsuit has been filed in Michigan State Court over tens of thousands of ballots that it claims were improperly completed by Wayne County election board officials and Democratic election observers.

Some ballots were rejected by machines for being illegible and for the ballots to eventually count, a new one must be filled out by hand. The lawsuit alleges that, "In clear violation of the law, only Democrats completed and returned numerous initially rejected ballots." 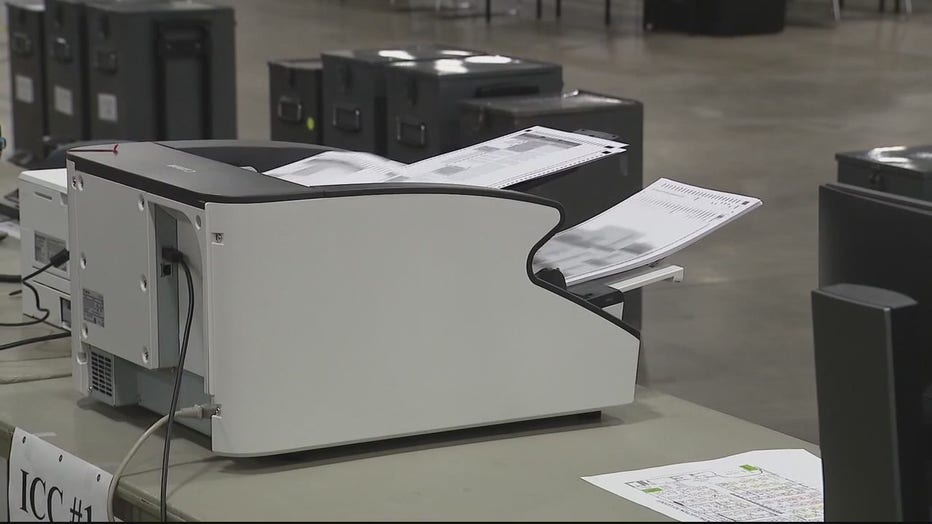 The lawsuit points to Michigan law [MCL 168.765a (10)] and a previous directive from the Michigan Secretary of State, that there must be both a Republican and Democrat who agree with the intent of the voter before the new ballot can be filled in and tabulated.

According to a release about the amended lawsuit, the language of the Michigan statute says “at all times, at least 1 election inspector from each major political party must be present at the absent voter counting place and the policies and procedures adopted by the secretary of state regarding the counting of the absent voter ballots must be followed.”

Earlier on Thursday, a Michigan court of claims judge ruled against President Donald Trump's campaign that challenged access by Republican challengers to observe the counting of absentee election votes. The suit was filed in the Michigan Court of Claims and Judge Cynthia Stephens ruled against the campaign after questioning Trump’s attorneys over the evidence that she called hearsay.

Shortly before the race for President was called in Michigan, the President’s campaign filed a lawsuit to halt counting election votes, saying the campaign has not had proper access to review the opening and processing of absentee ballots.

Phill Kline, Director of The Amistad Project, which is supporting the amended lawsuit said, “This is about protecting the integrity of Michigan’s election. The ballots in question need to be quarantined and closely reviewed by members of both parties. That is why we are taking this urgent against Detroit’s City Election Commission, the Detroit City Clerk and the Wayne County Board of Canvassers.