BELLAIRE, Mich. - A northern Michigan county that was sued over its counting of the fall election will count paper ballots by hand in the May 4 primary. 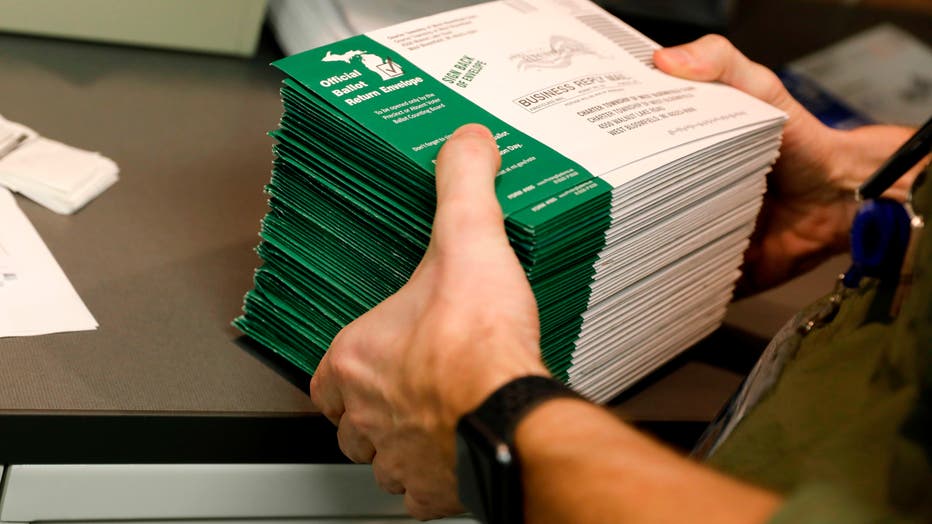 Antrim County commissioners turned down a request from the county clerk for $5,080 to prepare Dominion voting machines for the upcoming election, the Traverse City Record-Eagle reported.

Commissioners instead said ballots will be counted by hand, though Clerk Sheryl Guy, the chief election officer, said it could be illegal.

"The state said we can’t. But let them come tell us that we can’t, given our circumstance," said Commissioner Ed Boettcher.

The county still is locked in litigation with a resident who accused officials of fraud in the fall election.

Initial results in the Republican county showed a local victory for Joe Biden over Donald Trump. But it was attributed to human error, not any problems with voting machines, and corrected. A judge still took the extraordinary step of allowing forensic images of Dominion election equipment.

Guy had proposed hiring a contractor to install new hard drives on machines before the May 4 election.

New machines in the nine precincts that are holding an election would cost about $55,000.