When thousands of Catholic Michiganders go to mass this Sunday, they’ll hear a message from Archbishop Allen Vigneron about a critical need for the future of the church.

FOX 2 - When thousands of Catholic Michiganders go to mass this Sunday, they’ll hear a message from Archbishop Allen Vigneron about a critical need for the future of the church.

The archbishop wrote a note saying in 10 years, the number of active priests could be cut in half.

"What’s happening is that we have more guys retiring than more guys being ordained," said Fr. Craig Giera, vocational director, Archdiocese of Detroit.

But this isn’t just a local problem. A survey from Georgetown shows while 19 million more Americans identify as Catholic now than in 1970, the number of priests has dropped by more than 24,000 over the past 50 years. From 59,000 to just under 35,000.

Also, the number of Catholic parishes who don’t have a live-in priest is now in the thousands.

"I think a lot of our priests extend themselves as much as possible because they love serving the people entrusted to their care," he said. "But we can’t fill in the gaps anymore with the few amount of priests that we have."

Giera — vocational director for the Archdiocese of Detroit — says that’s why the archbishop is launching a year of prayer for priestly vocations.

The goal is to encourage more men to seriously consider the priesthood - which is not just a job, but a calling.

FOX 2: "What got you into becoming a priest?"

"First it was my pastor. he just loved the priesthood and encouraged me to become a priest," Giera said. "I went to the Ukraine, and the younger Polish priests who were serving in the Ukraine at the time, really gave this example of not only holiness but happiness, even in a dire situation, and I wanted that."

Because it takes at least seven years for a man to become a priest, the archdiocese is acting now.

The Cathedral of the Most Blessed Sacrament will have a holy hour prayer service Saturday at 10 a.m. to launch its initiative. 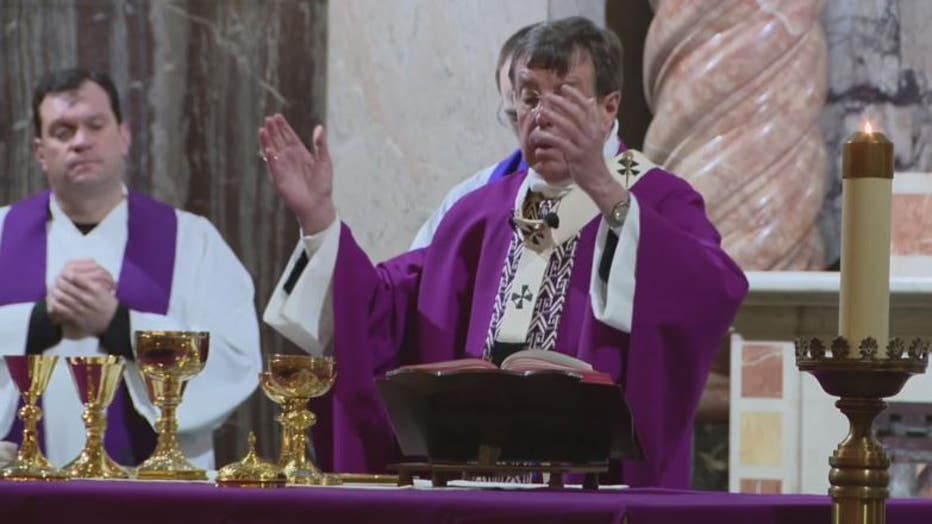