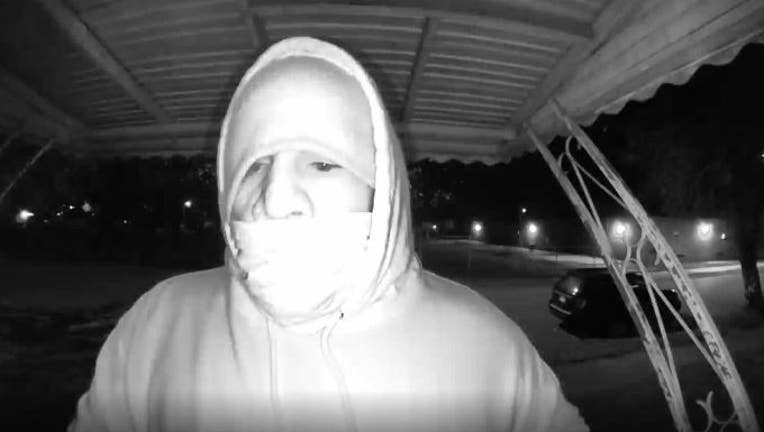 RIVER ROUGE, Mich. (FOX 2) - River Rouge police is looking for an arson suspect, requesting the public's help identifying him or finding out his whereabouts.

The house was not occupied and was being renovated at the time - but was engulfed in flames when first responders arrived at the scene.

Video of the man was captured on the home's Ring doorbell before he placed paper over the camera. A still photo was released by investigators from that evening.

Anyone with information is asked to call the River Rouge Police Department at (313) 842-8700, Ext. 1. Any information received will remain anonymous.