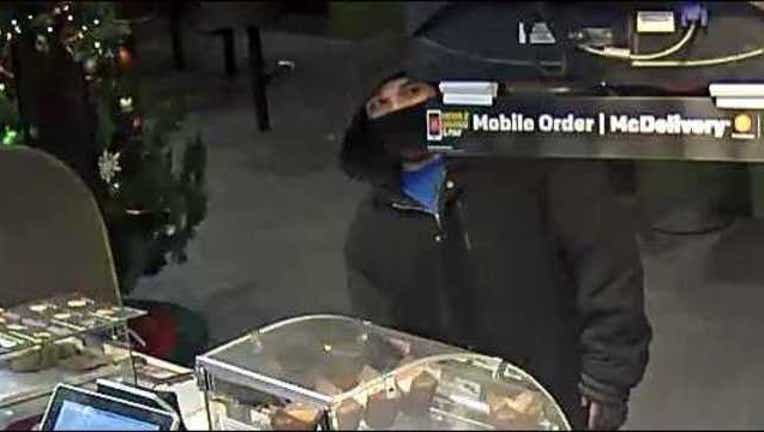 Detroit (WJBK) - The Detroit Police Department is seeking the public's assistance in identifying and locating an unknown male suspect wanted in connection with an attempted armed robbery at a McDonald's on the city's Southwest side.

Friday night an unknown suspect entered the McDonald's location, approached the counter and demanded money from the cash register.

As the cashier alerted her supervisor, the suspect demanded money again then produced a
weapon.

After the supervisor and employees failed to comply, the suspect exited the
location and fled on foot in an unknown direction.

Investigators are asking if anyone recognizes this individual or knows of his
whereabouts to please contact the Detroit Police's Fourth Precinct's Investigative Unit at
313-596-5440 or CRIMESTOPPERS at 1800-SPEAK- UP.