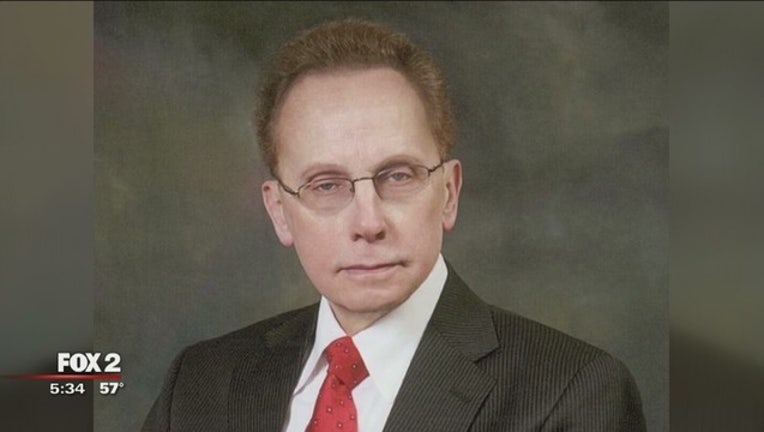 WARREN, Mich (FOX 2) - Jim Fouts, the mayor of Warren, Michigan, is once again under scrutiny for new leaked recordings that have been attributed to him in which he allegedly refers to homosexuals as 'f***' and complains the media's work was like being raped.

Deadline Detroit obtained the recording that they claim matches the 76-year-old mayor. Deadline Detroit reports that the voice closely matches Fouts, who was allegedly caught on recordings almost years ago referring to black people as chimps.

These recordings have not been authenticated by FOX 2.

In the new recording, which Deadline Detroit says was made secretly in the mayor's office, the voice says:

Deadline Detroit says it tried to contact the Mayor on Tuesday but was unsuccessful. FOX 2 is reaching out to Fouts as well.

The recording comes two years after the Mayor was alleged to have been caught on tape saying disparaging things about mentally challenged people.

In those recordings, a voice says, "Tonight I am going to meet a bunch of retards. Tonight is retard night." In a second recording, a voice that sounds like Fouts says, "Fine I guess, what good are they, they are dysfunctional human beings. They are not even human beings."

A month later, more recordings surfaced in which Fouts was alleged to have used the n-word, called a 60-year-old woman a 'ugly hag', and other foul language:

"You know, Blacks do look like chimpanzees. I was watching this Black woman with her daughter and they looked like two chimps. Their mouths were elongated up, duck-ish like," one of the recordings says.

"I remember this one kid in my class, I told you, some years ago he said - we were at a party store - he says my dad had rules: only two N****** at a time," another recording says.

Fouts has repeatedly denied it was him on the recordings.