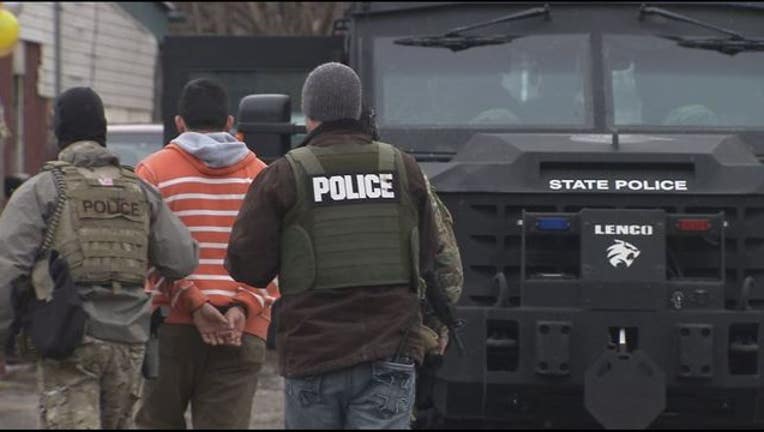 U.S. Immigration and Customs Enforcement spokesman Khaalid Walls tells the Detroit Free Press that dozens of people were inside the building when authorities executed a search warrant on Saturday. He says those arrested will face removal proceedings.

Walls says that about 140 federal, state and local law enforcement officials were involved in the raid, which was led by Homeland Security Investigations. He says more than 100 birds were found at the building.

Walls says authorities "had information that this was nuisance" to the area and had investigated for several months.

The Associated Press sent an email seeking updated information Monday on the investigation to Walls.