Antoinette Coleman thought her trip to Henry Ford Medical Center in Grosse Pointe Farms in June would be routine for her nearly three-month-old baby. Once she got into the parking garage, the routine visit turned urgent. Baby Jayden Coleman, born prematurely on March 12, was not breathing.

GROSSE POINTE, Mich. (FOX 2) - Antoinette Coleman was supposed to be taking her infant for an eye appointment back in June, when she mistakenly headed to Henry Ford Medical Center in Grosse Pointe Farms. That's where her prematurely born son, Jayden, goes for pediatric appointments and other care. The ophthalmology appointment was miles away.

When Coleman pulled into the parking deck connected to Henry Ford Pierson Clinic and opened the doors of her car to prepare to load Jayden into his stroller, his oxygen monitor alarm went off. 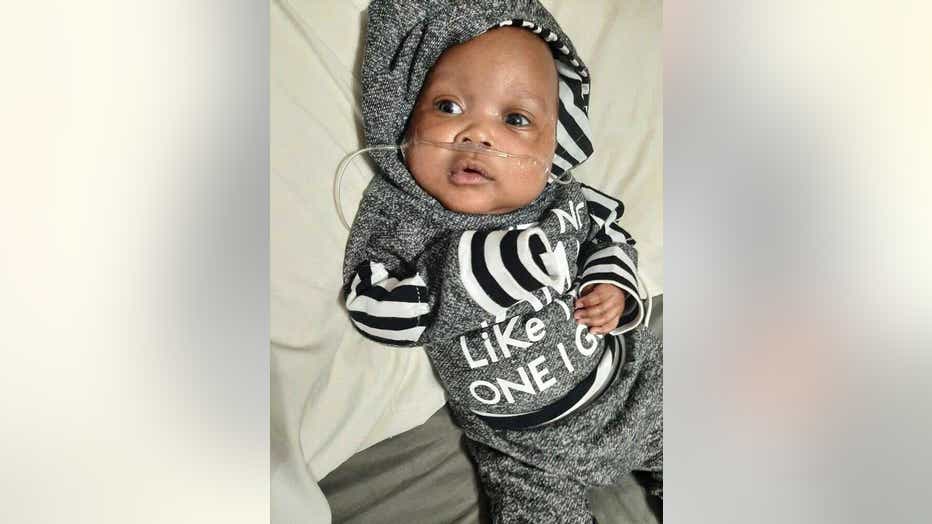 Jayden Coleman wasn't breathing when his mom brought him in for a routine checkup. But the hospital staff at Henry Ford Medical Center in Grosse Pointe rushed to save his life.

Coleman first tried to run for help, but baby Jayden and his monitor attachments made it difficult. She yelled for help. She took him out of his stroller, ran inside and found Eleanor Glover, a health screener at Henry Ford.

Glover didn't hesitate. She ran for help, triggered the code that went out across the announcements. Nurses, doctors, others began to run toward the emergency in the parking garage.

Registered nurse Kelly Heid was nearby and heard Eleanor's seeking a trained medical professional. Heid has also heard the code that a person was down, not breathing. She ran, never expecting to see a newborn. He was clearly in distress. She was the first to take the baby into her hands on the third floor of the parking garage near the yellow bollards she says she'll never forget.

Jayden's mom, also a registered nurse at Henry Ford Hospital in Detroit, was giving back blows to Jayden but without success.

Heid, not being his mother and a trained nurse knowing it was a life-or-death situation and the life was in her hands, was more forceful with the blows. They began to dislodge what turned out to be a dangerously large mucus plug blocking the tiny baby's airway.

Progress was being made when Registered Nurse Kathy Kokesh, who works in the pediatric office where Jayden is a patient, came running - also stunned to see a baby.

She took over as Heid cleaned the baby's face. Kokesh's training kicked in and kept Jayden breathing. Next, Jayden's pediatrician responded and right there in the parking garage floor, began lifesaving again when baby Jayden stopped breathing a second time.