DETROIT - A barricaded gunman in Detroit being monitored by multiple police agencies says he's a suspect in a triple homicide investigation from June this year.

Officers from Detroit and Redford Police Departments have been at a house in the 15000 block of Iliad Road on the west side of the city since early in the morning Tuesday, after the suspect failed to obey a command from police to pull over during an attempted traffic stop.

Standoff continues on Detroit’s west side, one hostage released

One hostage was released more than 12 hours after a standoff started on the city's west side but police are still negotiating with the suspect.

Identified only as a white 38-year-old man who chief James Craig described as a "very dangerous person," the suspect was holding an adult man and woman as a hostage and has threatened to kill both if officers tried entering the house. Around 3 p.m., he released the woman but the man is still inside with the suspect.

According to FOX 2's Charlie Langton, the suspect actually lived in the home but he broke into it when police were trying to stop him. It's not known if he knew the people inside.

"The conversations are continuing, it's up-and-down, very fluid," said Craig. "We'll wait him out, we'll be patient as we always do in these types of critical incidences."

Detroit police are negotiating with a man with a lengthy criminal history and also may be linked to a triple murder last June when a house was set on fire.

A heavy police presence converged on the west Detroit neighborhood after the suspect failed to stop after Redford police signaled for him to do so when he ran a red light. Instead, he drove to where he lives and attempted to run enter the home.

After he was unable to get in through the front door, he broke a window and crawled in. Police say the suspect fired a single shot from a handgun that Craig said was believed to be targeted at police.

At that point, Redford police called for back-up.

Negotiators from the Detroit Police Department arrived on scene and began engaging with the suspect. Early on in their conversation, they believed the suspect to be under the influence of narcotics, possibly meth, as well as alcohol. 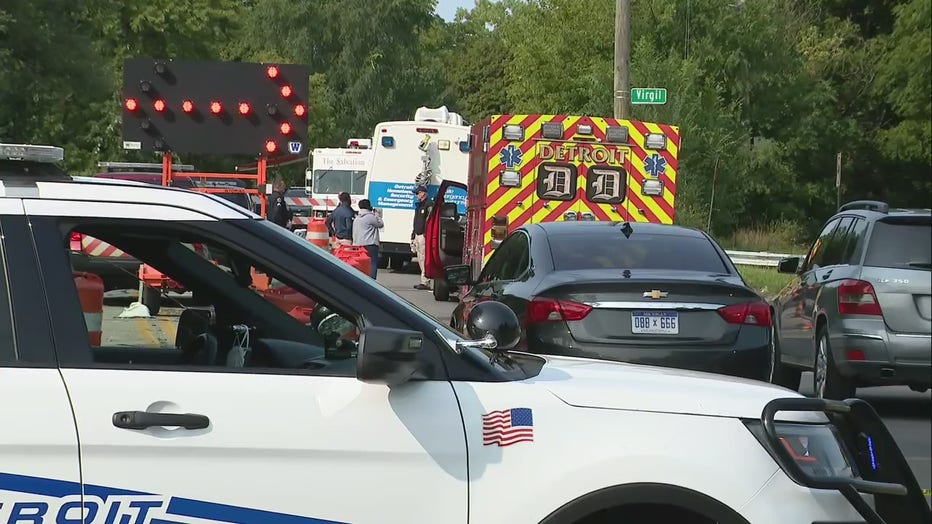 It was during the conversations that the suspect acknowledged he was holding a man and a woman hostage and was a suspect from a triple murder investigation earlier in the year.

"During a conversation with this suspect, he acknowledged that he was a suspect in a triple homicide dating back to June," said Craig.

Craig said the incident was related to a shooting at a home on the city's east side where three people died. The home was then set on fire in an attempt to cover up the murders. The victims were associated with a local motorcycle gang.

An autopsy of the bodies discovered in the house fire found bullet wounds. The fire happened on Helen and 7 Mile on June 11.

In response to the ambiguity and dangerousness of the situation, the police departments set up a makeshift command center at Riverdale and Fenkell Avenues, two blocks south of where the home is located.

It's not entirely clear what the suspect's relationship is to the man and woman in the home. While Craig didn't downplay the severity of the situation, he also said it appeared the people inside were doing okay. 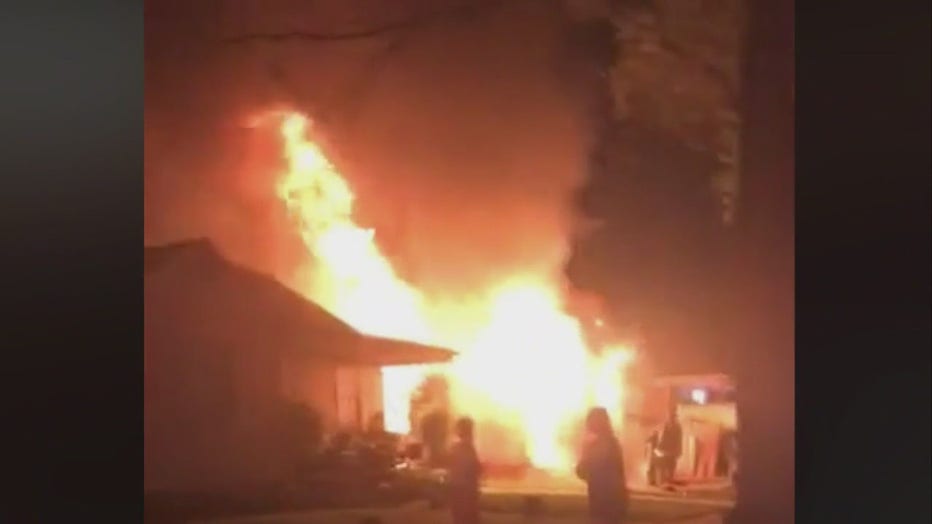 A photo of the house fire that police believe followed the triple murders.

"Throughout the conversations, when we asked that one or both of the hostages come out, one hostage in the background I believe made statements along the lines of 'look, I'm having breakfast, I'm not leaving,'" said Craig.

In addition to the alleged triple homicide investigation, the suspect has a lengthy criminal history involving weapons and violence.