The day ended with an arrest of four suspects by Detroit police with one of them a possible suspect. But the important thing - there were no injuries and a peaceful conclusion following a barricaded situation.

Police spotted a car linked to the shooting Wednesday afternoon and tried an attempted traffic stop, Townsend said - adding that one of the occupants ran out and was holding a rifle.

The suspect ran and police followed suit. Officers then got information he went inside the Detroit home. SWAT surrounded it and declared a barricaded situation around 2 p.m.

Cmdr. Darin Szilagy says of those four people one may be the suspect

FOX 2: "Are you going to be doing any other searches?"

"We don't want to jump to conclusions and say one of them is automatically our trigger man. What we are going to do is, we have the best detectives in the world here. We are going to be looking at these suspects, determining who is involved, who had the gun, and if we can lead that back to being the trigger man in our homicide." 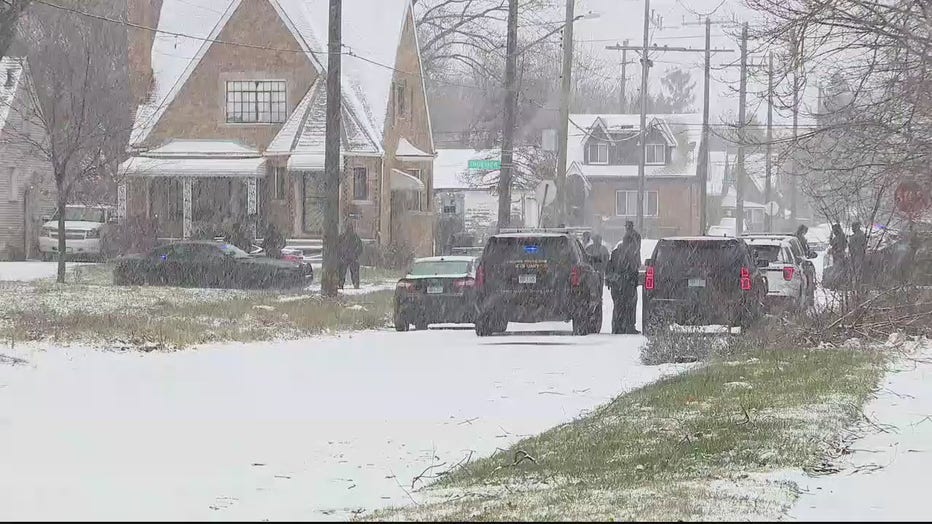 Police got a search warrant and were expected to begin to search the home to gather evidence to find out what happened there and to identify the possible suspect.